More specific tags can be found on the All Trivia page.
All Videos
Easter Egg Hunting
Leftovers
Region Locked
DidYouKnowGaming
Other
What is VGFacts?
Submission Guidelines
FAQ
Site Stats
Contact Us
Lost your password? | Need to Register? Click here!
GameCube
203 Games
19 Trivia
The Panasonic Q was a version of the Nintendo GameCube that had the ability to play DVDs, audio CDs, and MP3s. The console ceased production after two years and only sold 100,000 units. One cause of the console's failure was that it was actually cheaper to buy a GameCube and a DVD Player separately.
Contributed by Pogue-Mahone
Share - Permalink - Source 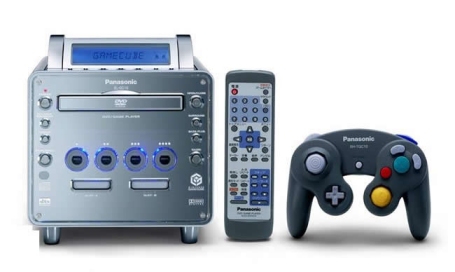