PC
14 Trivia
There were plans to include a race of mutated raccoons called the S'Lanter, who had built a small community known as the Burrows. The S'Lanter and their home village ended up not making it into the game, for reasons such as not fitting in well in the Fallout world and also for time constraints, as the time needed to build and then animate the various versions of them was simply too much. The only remaining in-game mention of them is a Holodisk about FEV experiments located in The Glow.
Development, EarlyIdea, UnusedContent, UnusedCharacter, UnusedGraphic
Contributed by G-Haven
Share - Permalink - Source 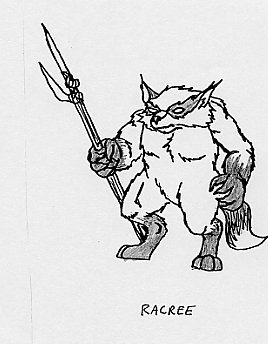