GameCube, PlayStation 2, Xbox
3 Trivia
At one point in development, Sonic CD was going to be a playable option in the game. The entire European manual was scanned and is fully viewable in the game; however, no known prototype exists with an image file of the actual game (some people have chalked it up to size constraints and others to technical constraints). There are also two listings in the same prototype for "Sonic the Hedgehog the Movie 1" and "Sonic the Hedgehog the Movie 2," suggesting that the OVA was going to be in the game as well, and would have been split into two parts like the original 1996 Japanese VHS release.
Contributed by SonicManEXE
Share - Permalink - Source 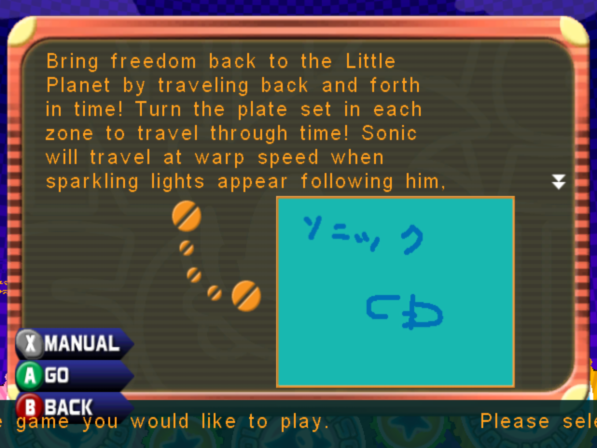