Game Boy Advance, NES
18 Trivia
In the prototype version of the game, the title screen was presented in a sepia tone, rather than the red & blue colors in the final release. The story was also slightly reworded from the prototype that said Mario heard a "faint" voice, rather than in the final release where it simply states that Mario heard a voice.
Development, EarlyIdea
Contributed by GamerBen144
Share - Permalink - Source 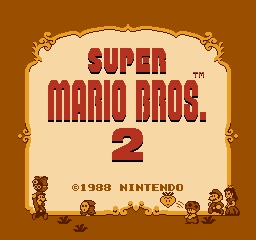