PC, PlayStation 2, PlayStation 3, PlayStation Portable, Wii, Xbox 360
19 Trivia
On the top floor of the Firehouse in both the PlayStation 3 and Xbox 360 versions of the game is a child's drawing of a Ghostbuster that reads "To Uncle Egon, from Ed". This is likely a reference to the 2007 fan-film: "Return of the Ghostbusters", which stars a new set of Ghostbusters, one of whom is Egon's nephew, named Ed Spengler.
EasterEgg, Reference
Contributed by Boyobmas
Share - Permalink - Source 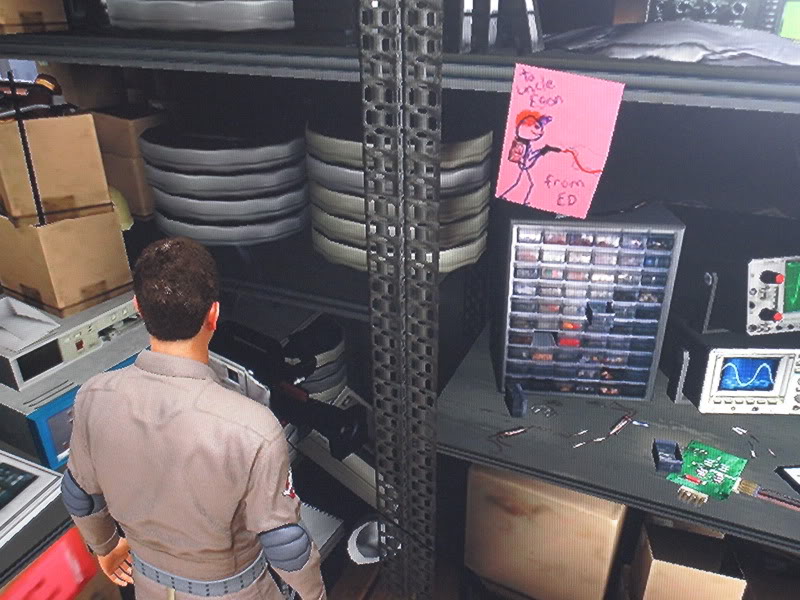