Phillips CD-i
1 Trivia
NSFW - This trivia is considered "Not Safe for Work" - Click to Reveal
There are a couple of hidden Game Over animations which can be accessed through the use of cheat codes. They include a "Fatality" animation, two different "Animality" animations and five "Nudality" animations. The codes were first revealed by one of the developers under the alias "cdidev", in a forum post on April 24, 2005, approximately 11 years after the game's release. These Game Over animations are obvious parodies of the "Fatality" system in the Mortal Kombat series.
EasterEgg, Reference, Secret
Contributed by KnowledgeBase
Share - Permalink - Source 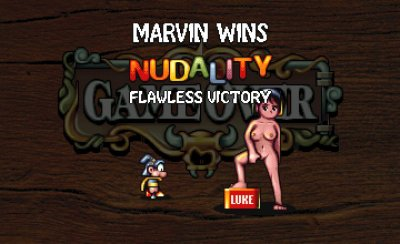