PlayStation 3
5 Trivia
A rumor was circulated that the game was based on ideas left behind from another game, Twisted Metal: Apocalypse, which was cancelled after the tragic death of 6 members of the the creative team, who passed away in an airplane crash.

This story was perpetuated by Lead developer David Jaffe during an interview to promote a future Twisted Metal release. In it he states "there were a number of people who were working on the team -- and I wasn't working with the team -- that were killed. They died in a plane crash in Utah on a ski trip." However, he later rescinds that comment in a back and forth with a reporter from 1up.com. During that, Jaffe says, "We never used- and I never would- a tragedy (real or fake) to promote ANYTHING. The story of the developers dying in the plane crash (totally fake) was never used to promote that game."
Theory, Rumor
Contributed by dolopodog
Share - Permalink - Source 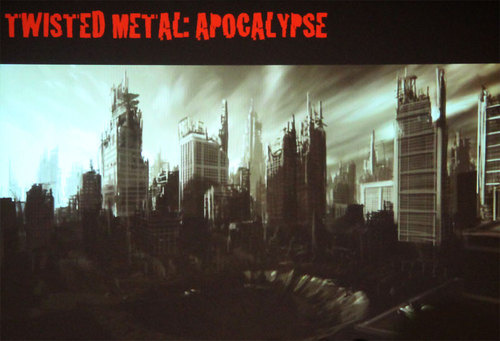