PlayStation 2, PlayStation 4
9 Trivia
In early production of the game, Warhawk was intended to be a playable character and even had pictures for the character select screen, but near the end of production, it was discovered that Warhawk was too powerful for multiplayer and the control scheme did not work well for a helicopter, so he was removed from the final version of the game.
Development, EarlyIdea
Contributed by Funland47
Share - Permalink - Source 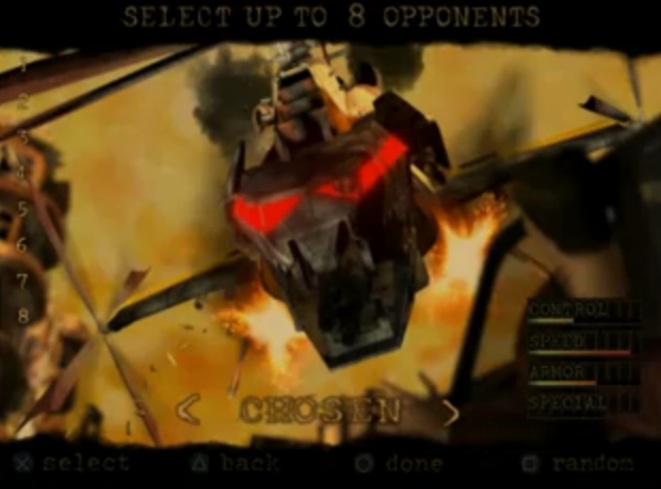