PC, PlayStation 3, Xbox 360
4 Trivia
There was originally going to be a necromorph called the "Flytrap", but the enemy was scrapped sometime during development. It was going to be both an environmental hazard and a regular enemy, intended to encourage the player to slow down, without feeling like an artificial gameplay mechanic. Both of its hands and feet would be stuck to a ceiling, and the skin on its stomach and chest is missing. It would have used its internal organs as a dangling lure, and attacked the player when they got close.
Development, EarlyIdea, UnusedContent, UnusedCharacter
Contributed by frankfrost2
Share - Permalink - Source 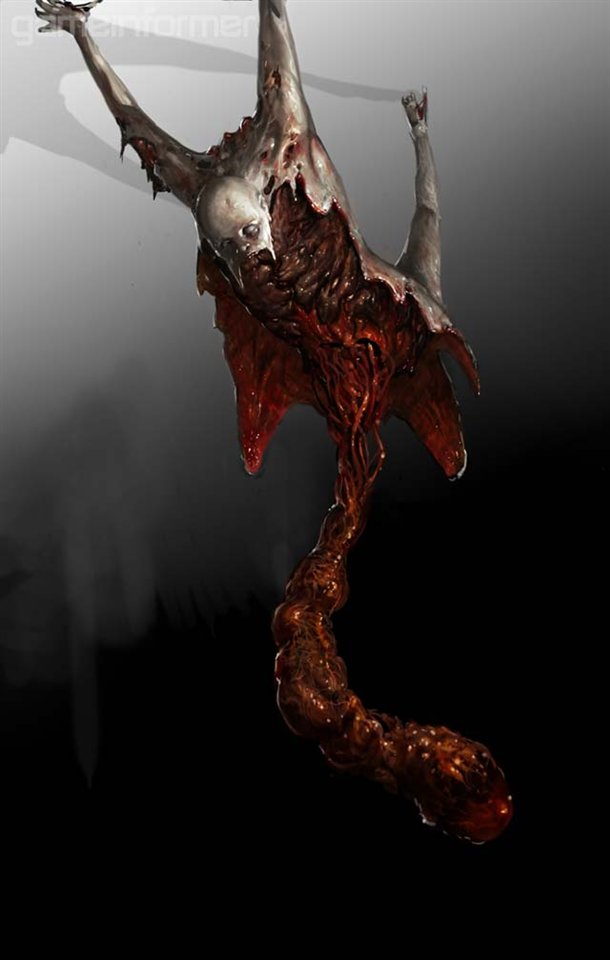