PC, PlayStation 3, Xbox 360
102 Trivia
A glitch in the Spy's model will cause him to resemble a crab when holding his Disguise Kit and looking up.

The act of doing this became known as "Spy Crabbing", a light-hearted way to grief matches as the players would do nothing but walk around in this crab-like state. This eventually led to other players encouraging people to not kill these players and save the "Endangered Spy Crab".

Spy Crabbing became so popular that Valve not only opted to not fix the glitch, but added a taunt for the Spy that has a random chance of occurring when taunting with the disguise kit out. Instead of flicking his cigarette as usual, the spy will squat down, raise his arms like a crab, and click his fingers and disguise kit together like pincers.
General, Glitch
Contributed by MidwayCJ
Share - Permalink - Source 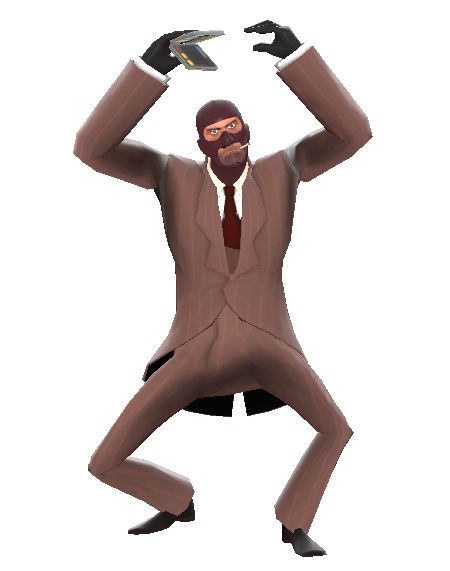