More specific tags can be found on the All Trivia page.
All Videos
Easter Egg Hunting
Leftovers
Region Locked
DidYouKnowGaming
Other
What is VGFacts?
Submission Guidelines
FAQ
Site Stats
Contact Us
Lost your password? | Need to Register? Click here!
Star Wars
34 Games
9 Trivia
A Star Wars video game titled "Star Wars: Ewok Adventure" was in development for the Atari 2600, however, it was canceled.

In the game players had to control an Ewok glider and attack Imperial forces whilst travelling to the shield generator bunker, followed by taking control of an enemy vehicle to destroy the bunker.

Whilst it was never officially released, a prototype of the game was available and has since been released online.
Contributed by KnowledgeBase
Share - Permalink - Source 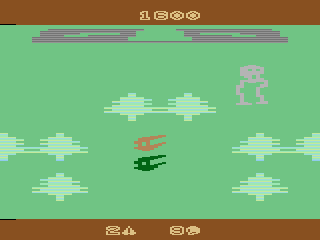