Game Boy Advance, Game Boy Color, PC, PlayStation
4 Trivia
There is an inaccessible area on Adventurers' Island, near the pyramid. It can be seen by clipping the camera through the wall of sand next to the pyramid. It only contains a short, curved hallway, four pillars, and a coffin. Instead of removing it, the developers just blocked off the entrance.
Development, EarlyIdea
Contributed by frankfrost2
Share - Permalink - Source 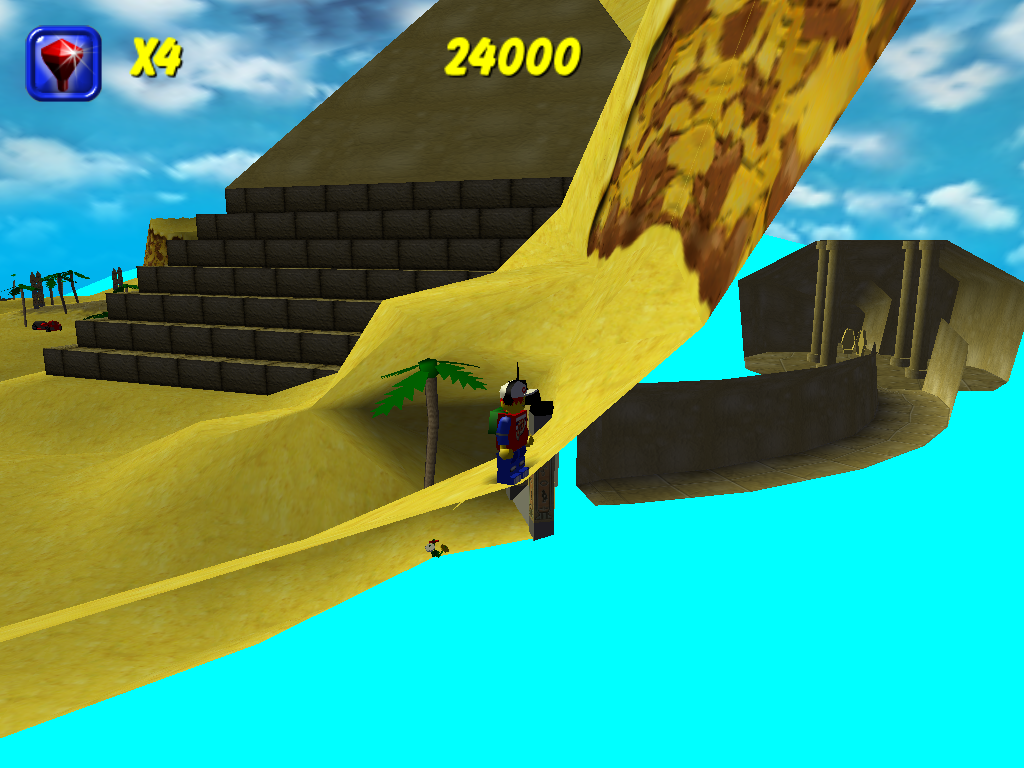