DS
1 Trivia
This game marks the first time Brook has been playable in a One Piece game. However, the game was released before his cane was shown to be a sword, so all of his attacks either involve him attacking with his cane, or using attacks that never appear in the manga/anime. His color scheme is also different from his final colors in the manga/anime.
Contributed by SOGESNAKE
Share - Permalink - Source 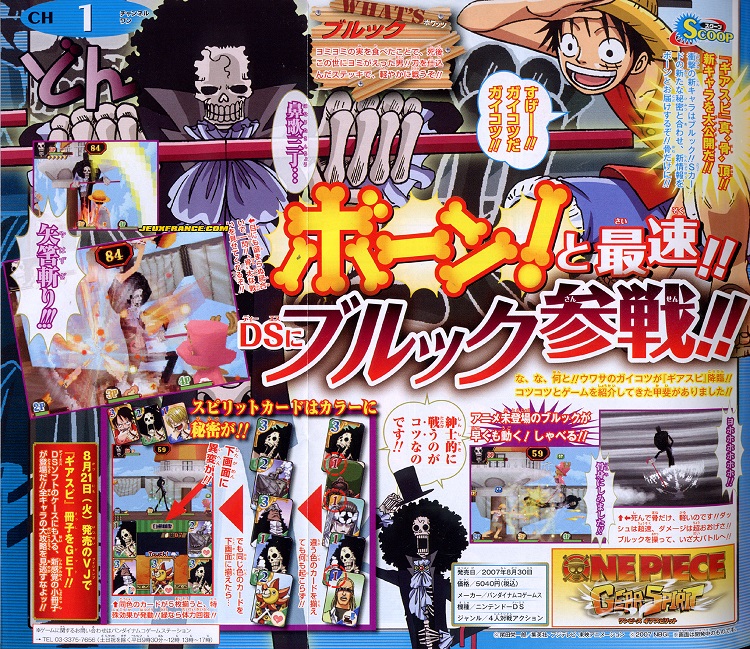