More specific tags can be found on the All Trivia page.
All Videos
Easter Egg Hunting
Leftovers
Region Locked
DidYouKnowGaming
Other
What is VGFacts?
Submission Guidelines
FAQ
Site Stats
Contact Us
Lost your password? | Need to Register? Click here!
LucasArts
42 Games
2 Trivia
When game designer Tim Schafer applied to work at LucasArts (then Lucasfilm Games), Schafer's rÃ©sumÃ© had stood out because instead of a list of previous jobs and experience, it was a hand-drawn cartoon of how he was picked for the job with his cover letter set out as a text adventure. He had however thought to have blown the phone interview because he had told over the phone that his favorite Lucas game was Ballblaster, which was the original name given to Ballblazer during development that had also been pirated online.
General, RealLife
Contributed by KnowledgeBase
Share - Permalink - Source 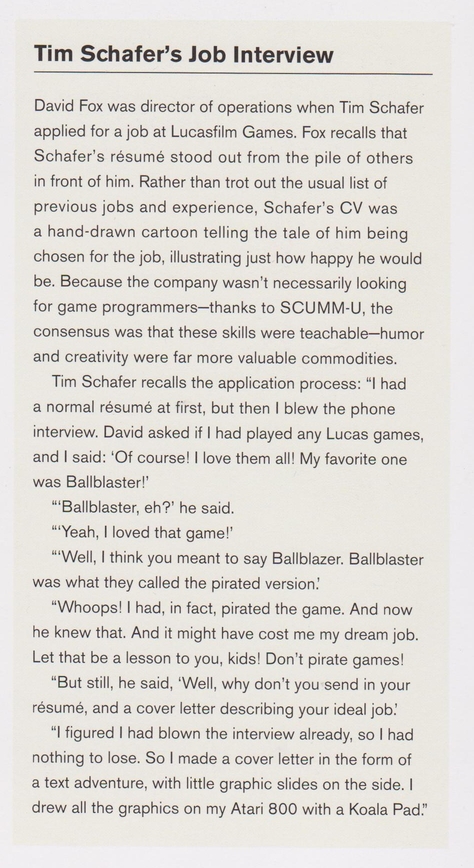