Game Boy
58 Trivia
There's a battle against Professor Oak programmed into the game, but was never included in the final game. It is only accessible by using a Gameshark or glitching the game.

His team consists of: lv.66 Tauros, lv.67 Exeggutor, lv.68 Arcanine, lv.70 Gyarados and the starter Pokémon that neither you or your rival chose at the beginning of the game, fully evolved at lv.69.
UnusedContent, UnusedCode
Contributed by DidYouKnowGaming
Share - Permalink - Source 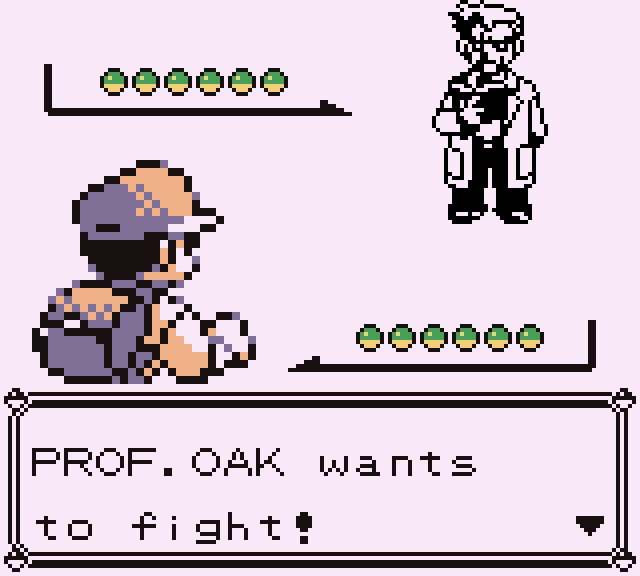