Although Louis Tully does not appear in the game, his desk can be found at the bottom of the staircase in the firehouse. On the back wall are his uniform and the black earmuffs he wore in Ghostbusters II.
General, RealLife
Contributed by Pogue-Mahone
Share - Permalink - Source 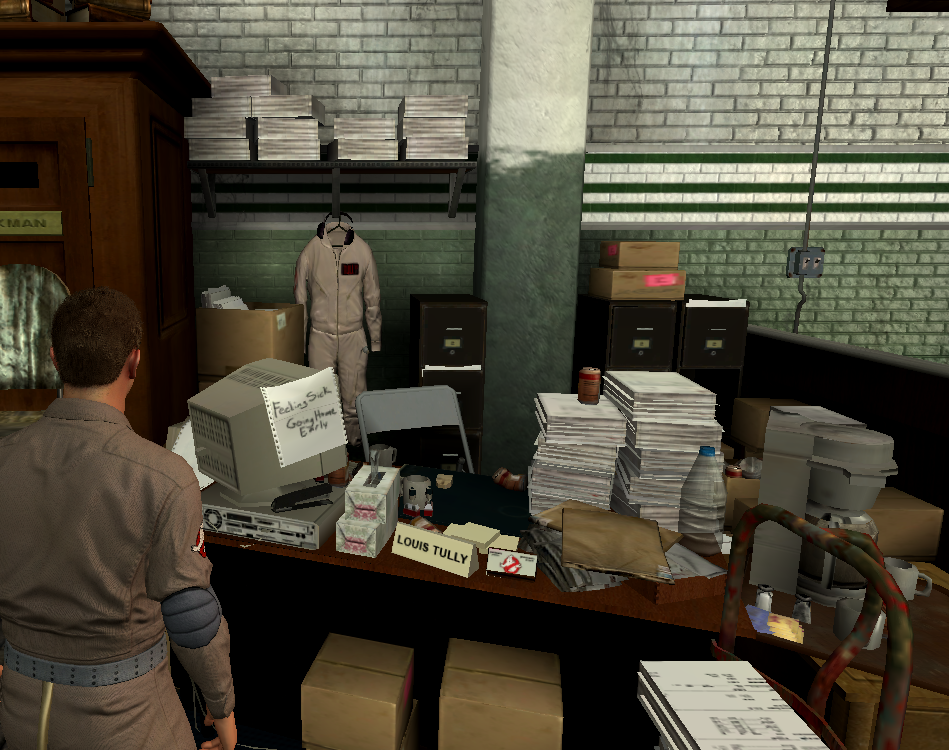