PC, PlayStation 2, PlayStation 3, PlayStation Portable, Wii, Xbox 360
19 Trivia
There was a level cut from the final release of the game where the Ghostbusters fight haunted floats in the Thanksgiving Day Parade. At one point during this level, the team would have made a trip to Ray's Occult Books, which was Ray Stantz's book store in Ghostbusters II. A Dopey Dog float was supposed to be the end level boss, but was replaced with a different character. Dopey Dog was a character from The Real Ghostbusters cartoon show.

There was also a "Crowd" mechanic developed for use primarily with this level that was also cut. The "Crowd" mechanic was supposed to simulate the many people that walk the streets of New York City. This "Crowd" mechanic gave up to 1,000 individual NPCs their own AI. The members of the Crowd Mechanic successfully reacted to the Ghostbusters walking by, became scared of ghosts that appeared out of nowhere, and ran in terror when the Stay Puft Marshmallow Man appeared on the street.
Development, EarlyIdea, EasterEgg, Cameo, UnusedContent, RemovedFeature
Contributed by Pogue-Mahone
Share - Permalink - Source 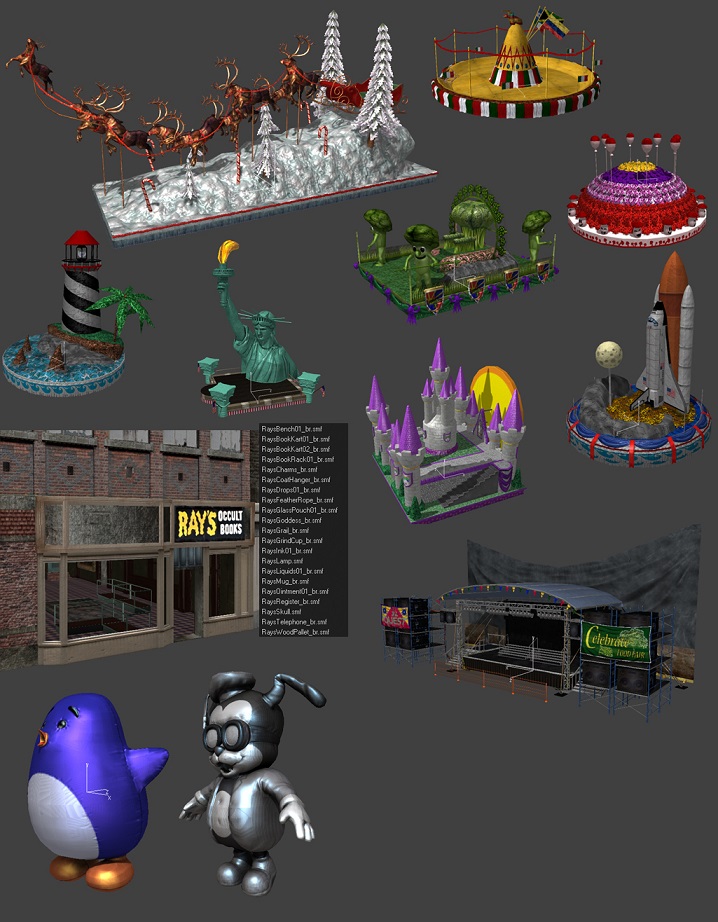