Android, DS, iOS, PC, PlayStation 3, PlayStation Vita, Xbox 360
7 Trivia
There is a zombie called a Dancing Zombie that looks like an undead Michael Jackson from Thriller (that even does the moonwalk). He even summons back-up dancers that look like they are from 80's. His description says "Any resemblance between Dancing Zombie and persons living or dead is purely coincidental." After the death of Michael Jackson, the zombie was redesigned to look more like a disco dancer, and the back up dancer were redesigned to look like they were from the same time.
EasterEgg, Reference
Contributed by gamemaster1991
Share - Permalink - Source 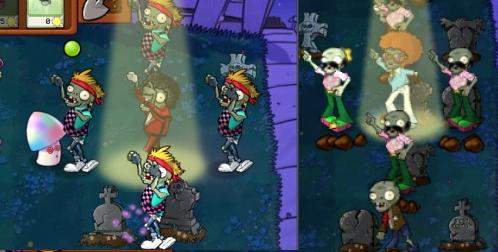