Nintendo 64
25 Trivia
At the Toad Town train station, there is a blue Toad who tells Mario that after he defeats Bowser and restores peace to the Mushroom Kingdom, he has something else he wants to tell him. However, no such event can be triggered as it's impossible to access the train station after defeating Bowser, making the line pointless as you cannot talk to him again. It's possible that this was meant to be part of content found in the post-game, but was cut during development.
Development, EarlyIdea, General, Theory, Suggested
Contributed by MehDeletingLater
Share - Permalink - Source 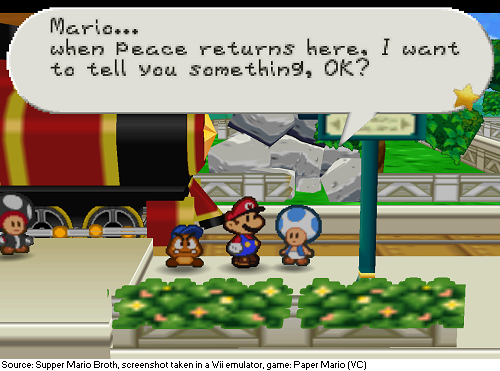