3DS, Android, iOS, MacOS, Nintendo Switch, PC, PlayStation 3, PlayStation 4, PlayStation Vita, Wii U, Xbox 360, Xbox One
69 Trivia
The End Poem that is displayed when entering the Exit Portal after defeating the Ender Dragon was written by Julian Gough, the singer and lyricist for the Irish alternative rock band Toasted Heretic, at the invitation of creator Markus Persson. In 2022, 11 years after the game's official release, Gough revealed that he had never formally signed a contract with Microsoft or Mojang when he wrote the poem, allowing him to retain copyright over it. In the same announcement, he released the poem into the public domain, encouraging fans to make their own derivative works based on it.
Development, General, RealLife
Contributed by game4brains
Share - Permalink - Source 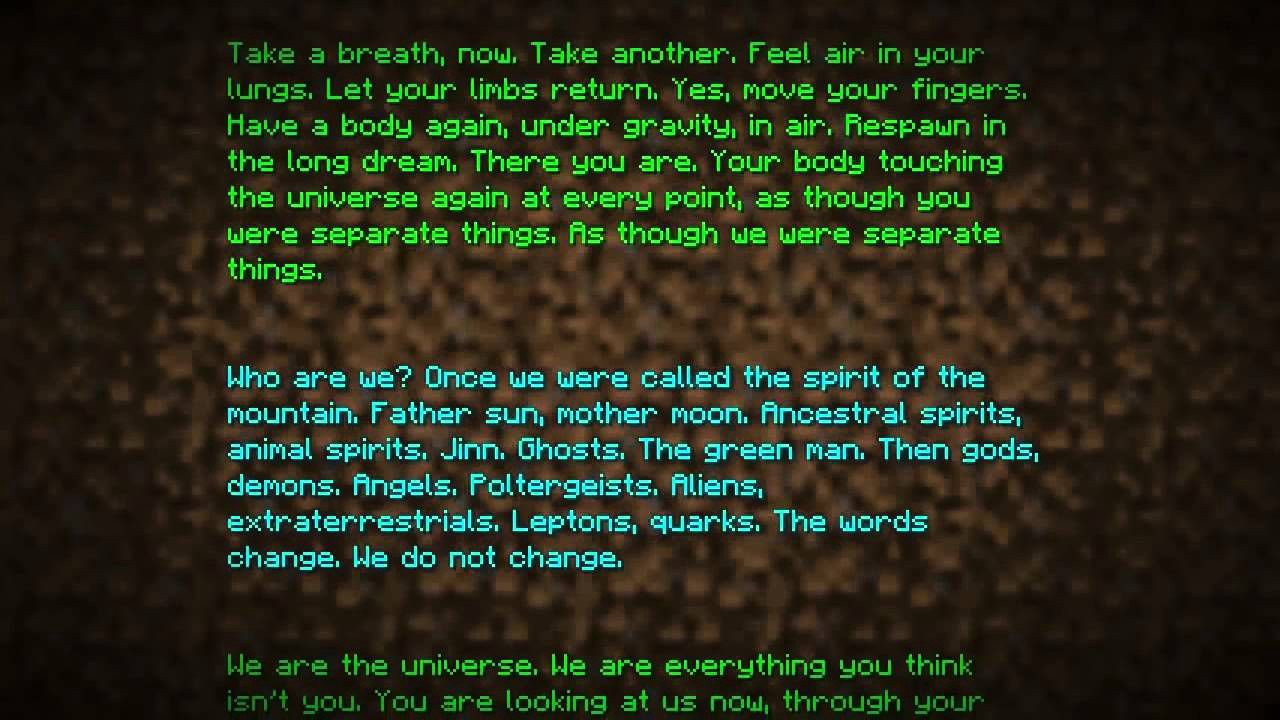