Just Cause 3
Avalanche Studios
Just Cause

PC, PlayStation 4, Xbox One
6 Trivia
On the roof of a settlement in Regno, Citate Di Ravello, a pair of women can be found wearing two differently colored dresses. This was first discovered and posted in the game's Steam community, where users were initially confused over whether or not the dresses had the same color, or were different, until another user uploaded a photo proving they were different colors in-game.

This is a reference to a 2015 meme where a washed-out picture of a blue and black dress posted on Facebook sparked widespread debate as to whether it was colored blue and black, or white and gold, highlighting differences in human color perception.
EasterEgg, Reference, General, RealLife
Contributed by MehDeletingLater
Share - Permalink - Source 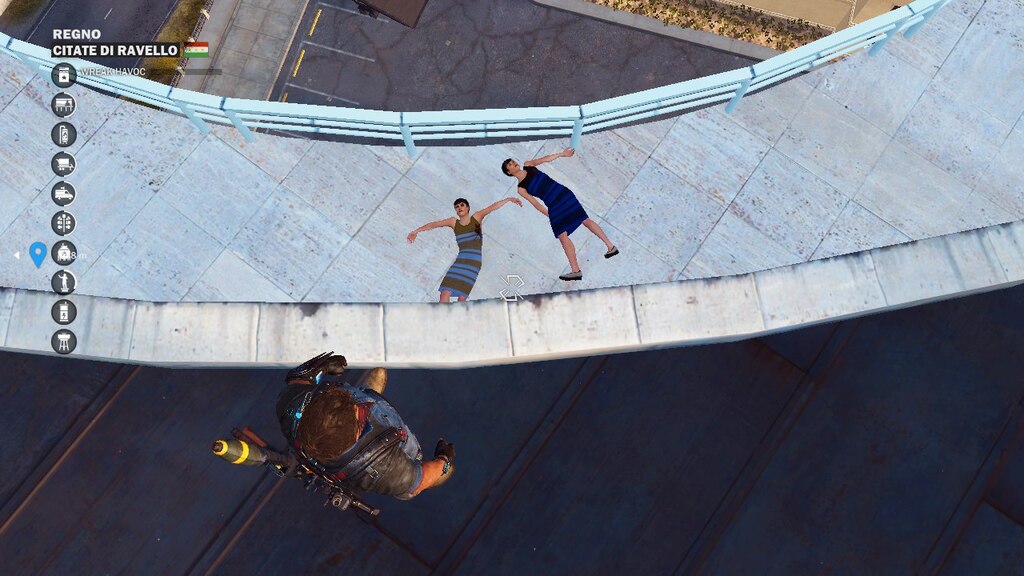