Nintendo Switch
7 Trivia
NSFW - This trivia is considered "Not Safe for Work" - Click to Reveal
On Tuesdays, Jelfonzo will wear a shirt that has a lip design with a message in the Inklings' language on it. It would take 5 years after the game's release for this message to be translated into English from the Round script variant of the Inklings' language, revealing that it reads "FUCK YOU". The game's art book "The Art of Splatoon 2" features early concept art for the shirt where it was originally titled the "Rounded You Suck Shirt", which translated to English through the Bubble script variant reveals that it does indeed say "YOU SUCK".
Development, EarlyIdea, EasterEgg, HiddenMessage
Contributed by MehDeletingLater
Share - Permalink - Source 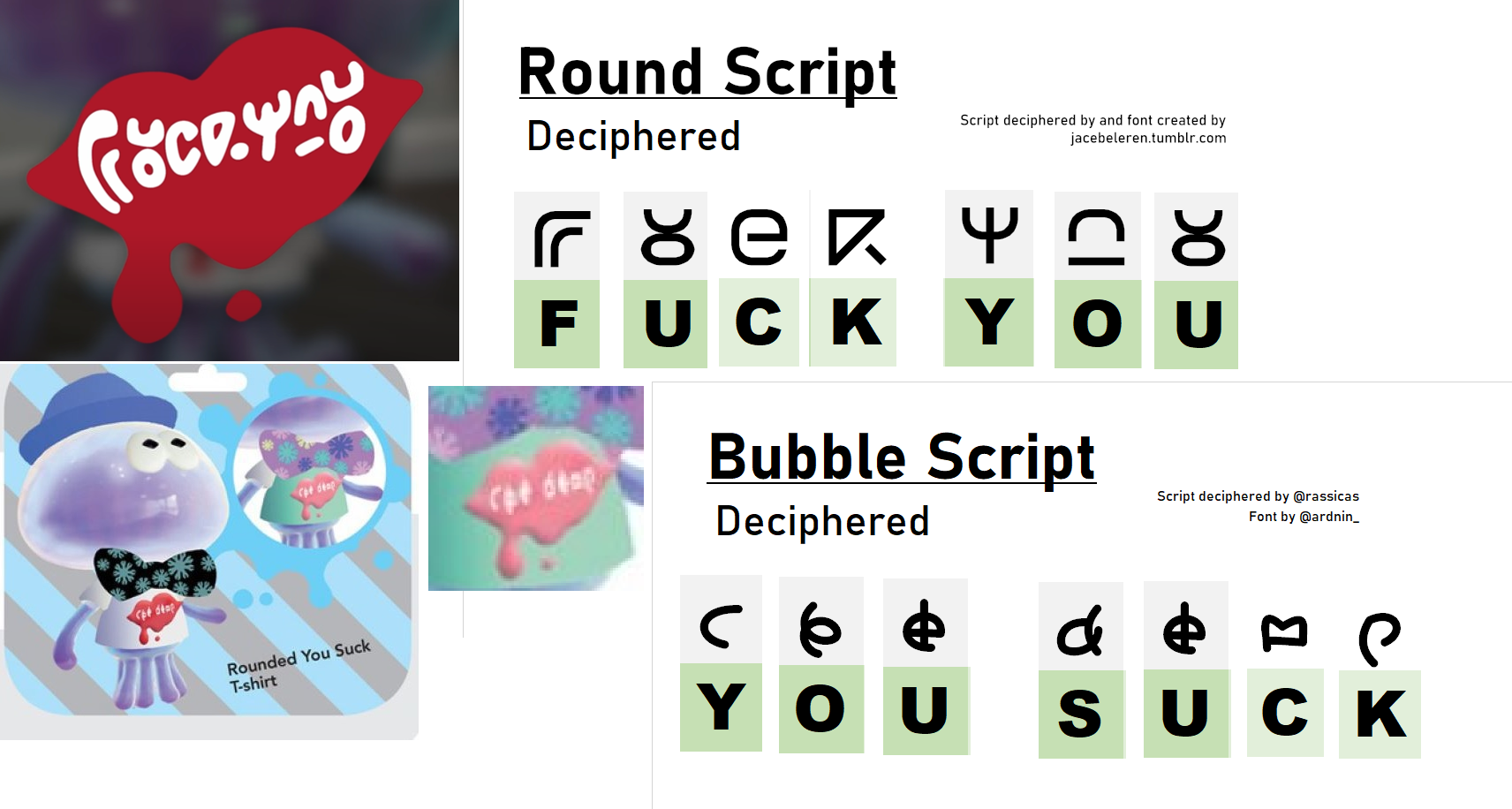