PlayStation 2, PlayStation 4
9 Trivia
The final boss, the helicopter Warhawk, has an unused character select portrait in the game files, clearly indicating that it was a considered addition during development. The nature of the vehicular game design was likely too incompatible with a flight-based character.

Interestingly, as with all characters in the game, the vehicle name is separate from the driver of said vehicle. While the helicopter is only known as Warhawk, the pilot is referred to as Black Razer, while in the final game, nothing is known about the identity of Warhawk's pilot.
Development, EarlyIdea, UnusedContent, UnusedCharacter, UnusedGraphic
Contributed by Regen-33
Share - Permalink - Source 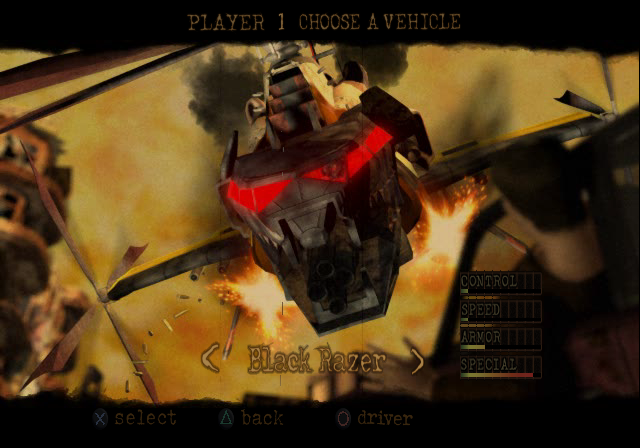