PC, PlayStation 3, Wii, Xbox 360
12 Trivia
During the "Scorched Earth" campaign mission in Berlin, hidden in an alcove immediately to the left after walking into the Trivo Buchhandlung ("Trivo Bookstore" in German) are a shelf and display of books adorned with the names of numerous developers who worked on the game. The most notable kind of book in the display however features the name Guy Beahm and a black and red circle with a pair of sunglasses and a moustache. Beahm is better known by his online alias Dr. DisRespect since 2010, a character known for his over-the-top personality and appearance, including the same sunglasses and moustache that appear on the book cover. Beahm was hired by Sledgehammer Games as a Community Manager in 2011, and the following year accepted a Level Designer position in the studio where he designed multiplayer maps for Modern Warfare 3 and Call of Duty: Advanced Warfare. Beahm left Sledgehammer in 2015; this Easter egg went largely unnoticed until 2022.
EasterEgg, HiddenCredit, General, RealLife
Contributed by MehDeletingLater
Share - Permalink - Source 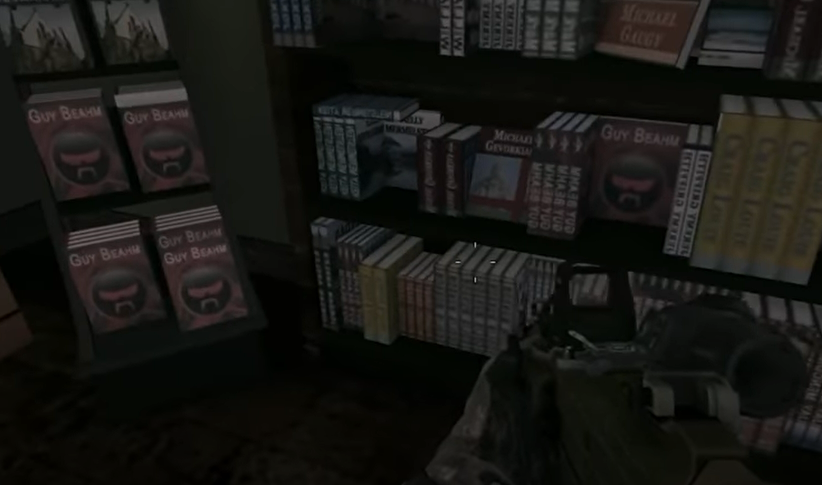