Nintendo Switch, PC, PlayStation 4
81 Trivia
The emblem on Ralsei's robes went through two different renditions in early development. Initial concept art by Toby Fox depicts him with a fireball icon on his robe, matching a statement in an interview where he stated that "[he] was going to give a certain character a fire spell, but decided against it for the first chapter." Later pre-release concept art by Temmie Chang, meanwhile, depicts Ralsei's robes as bearing an upside-down spade symbol. Come the release of Chapter 1, and the design would eventually be changed to a heart; however, most of Ralsei's overworld sprites in Chapter 2 change this to the inverted spade design.
Development, EarlyIdea, Inspiration
Contributed by game4brains
Share - Permalink - Source 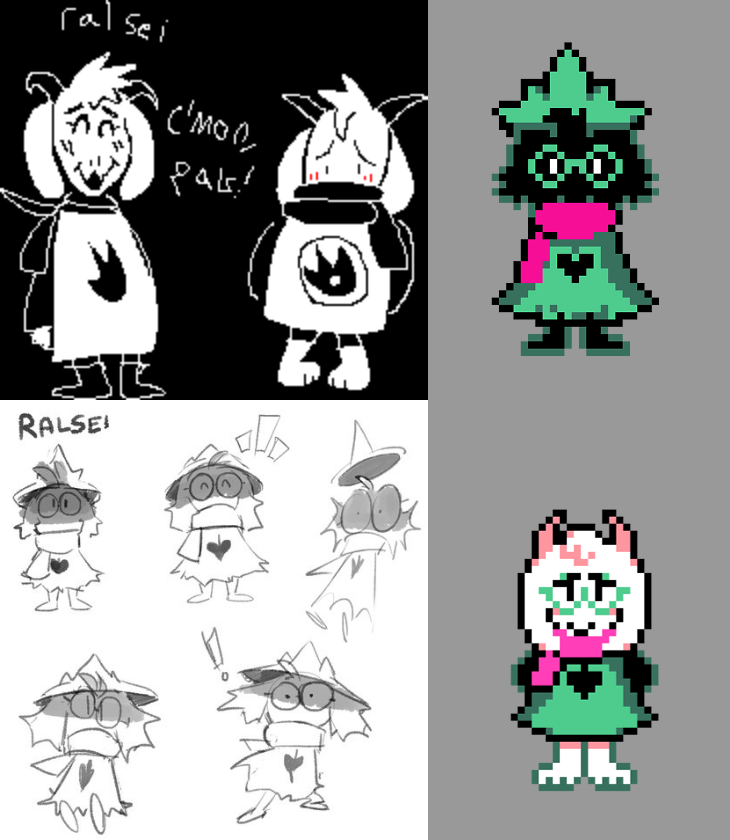