PlayStation 2, Xbox
6 Trivia
Several unused enemies, as well as evidently bosses, still exist within the game's data and can be spawned in-game with a proper third-party cheating device.

A Naga-styled enemy (In Japanese mythology, the Naga is a snake-based monster with the upper torso of a vicious woman) is one notable example, as well as an anthropomorphic demonic tiger which utilized some type of area-of-effect based ice powers. Most notably of all is a towering, multi-armed Hindu-inspired being with green skin and wind-based attacks, who also has functioning "jiggle physics" coded for her breasts during certain animation frames. This unused boss noticeably towers over the player's when hacked in, filling a decent portion of the player's screen.

Although not yet explicitly stated by any developers of Shaolin Monks, it's possible that should these unused characters have made it into the final release, their designs could have emphasized the lore and world building aspects that John Tobias was publicly passionate about in the early installments of the Mortal Kombat continuity. It's equally possible that the two bosses in particular were scrapped simply due to their in-game models holding such stature that extra time and resources would need to be invested in specially designing stages which would house their positions in the linear progression of the story. Hacking either boss in as mentioned above will cause them to clip through surfaces in many of the playable environments.
Development, EarlyIdea, Theory, Suggested, UnusedContent, UnusedCharacter
Contributed by Regen-33
Share - Permalink - Source 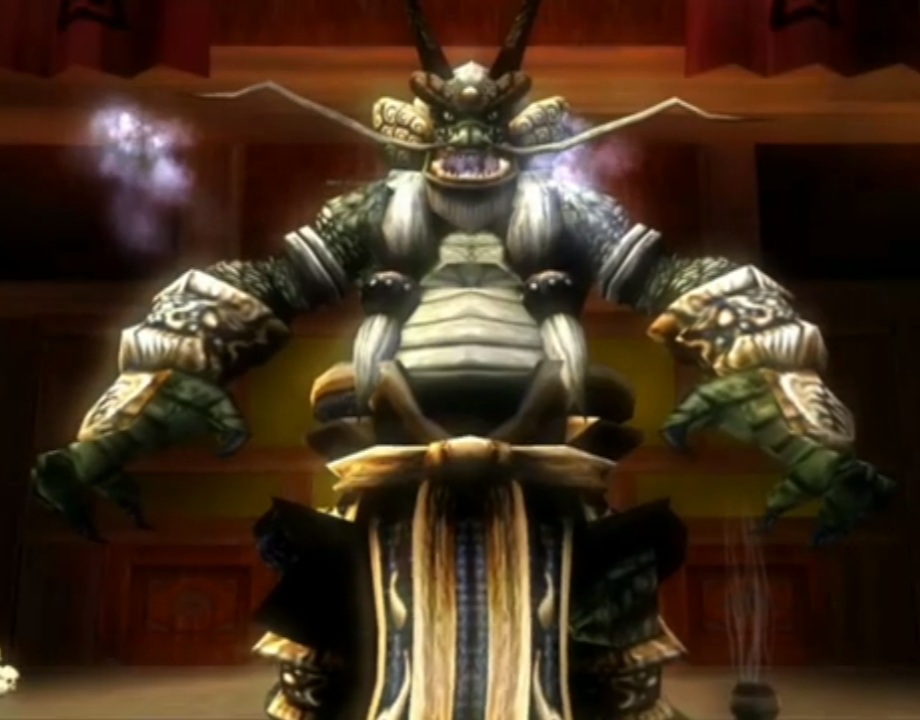