More specific tags can be found on the All Trivia page.
All Videos
Easter Egg Hunting
Leftovers
Region Locked
DidYouKnowGaming
Other
What is VGFacts?
Submission Guidelines
FAQ
Site Stats
Contact Us
Lost your password? | Need to Register? Click here!
Xbox
241 Games
10 Trivia
A lengthy hidden developer credit for all those who worked on the Xbox console can be found by inserting a music CD, going to the Audio CD menu, selecting and pressing Copy, Select All and then Copy again. You are then taken to a menu to name the Soundtrack you have just selected, where you should enter the following name without the quotation marks: "[two less-than symbols]Eggsßox[two greater-than symbols]"

When you hit Done, the Xbox loading screen appears and will take you to a credits sequence, thanking the developers who made games for the Xbox and their playerbase before giving thanks to The DirectX Team, Microsoft Hardware, Worldwide Operations, The MSN Gaming Zone, Windows Core, and the entire Xbox Team and their families for tolerating the long work hours it took to create the console. The credits end with "XBOX 2001".
Development, EasterEgg, HiddenCredit
Contributed by MehDeletingLater
Share - Permalink - Source 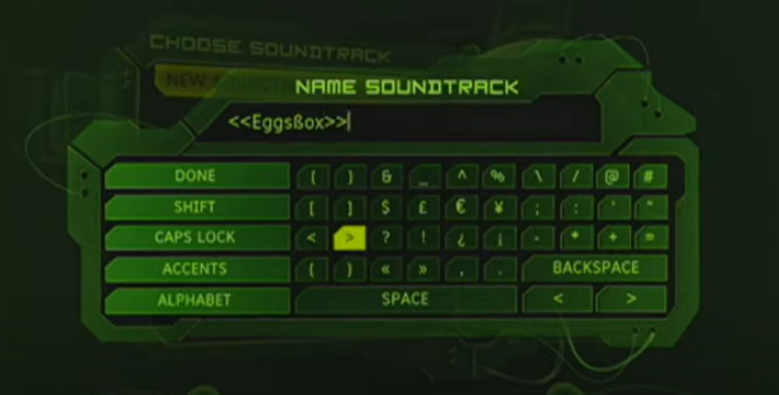