PC, PlayStation 3, Xbox 360
3 Trivia
In Level 7: Outpost, the hidden area where that level's Elysian Archive code can be found earns you an achievement called "Loekrise Kingdom". In that area, a small tent and clothesline are set up surrounding the code by a shoreline, with a message laid out in rocks along the shore that reads "LOEKRISE KINGDOM". This is believed to be a reference to the 2012 film "Moonrise Kingdom".
EasterEgg, Reference, Secret, Theory, Suggested
Contributed by MehDeletingLater
Share - Permalink - Source 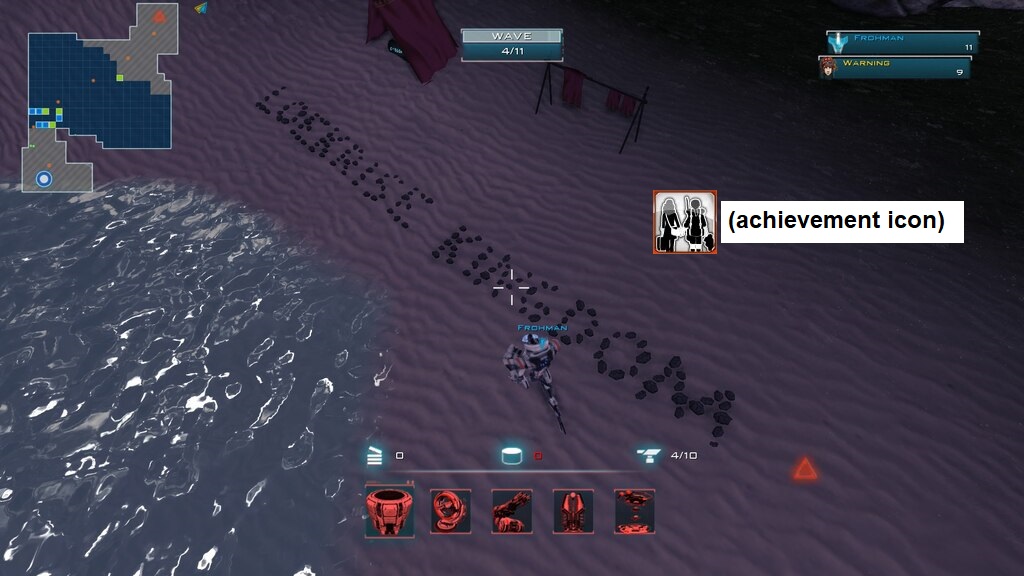