Nintendo Switch, PC, PlayStation 2, PlayStation 3, PlayStation 4, Xbox 360, Xbox One
14 Trivia
According to Yuichiro Hiraki, the game was originally going to feature quick time events. Their implementation was scrapped due to mostly time constraints. Hideki Kamiya had a specification document that had a storyboard detailing an action sequence between Dante and a Blade.

"There were going to be a bunch of OTEs, like when Dante just barely dodges the pursuing Phantom. But we were... a bit frazzled at the time. so we begged and pleaded to have no QTEs. (laughs) That was just one gameplay element that was never realized. mostly because of time constraints."
UnusedContent, RemovedFeature
Contributed by DrakeVagabond
Share - Permalink - Source 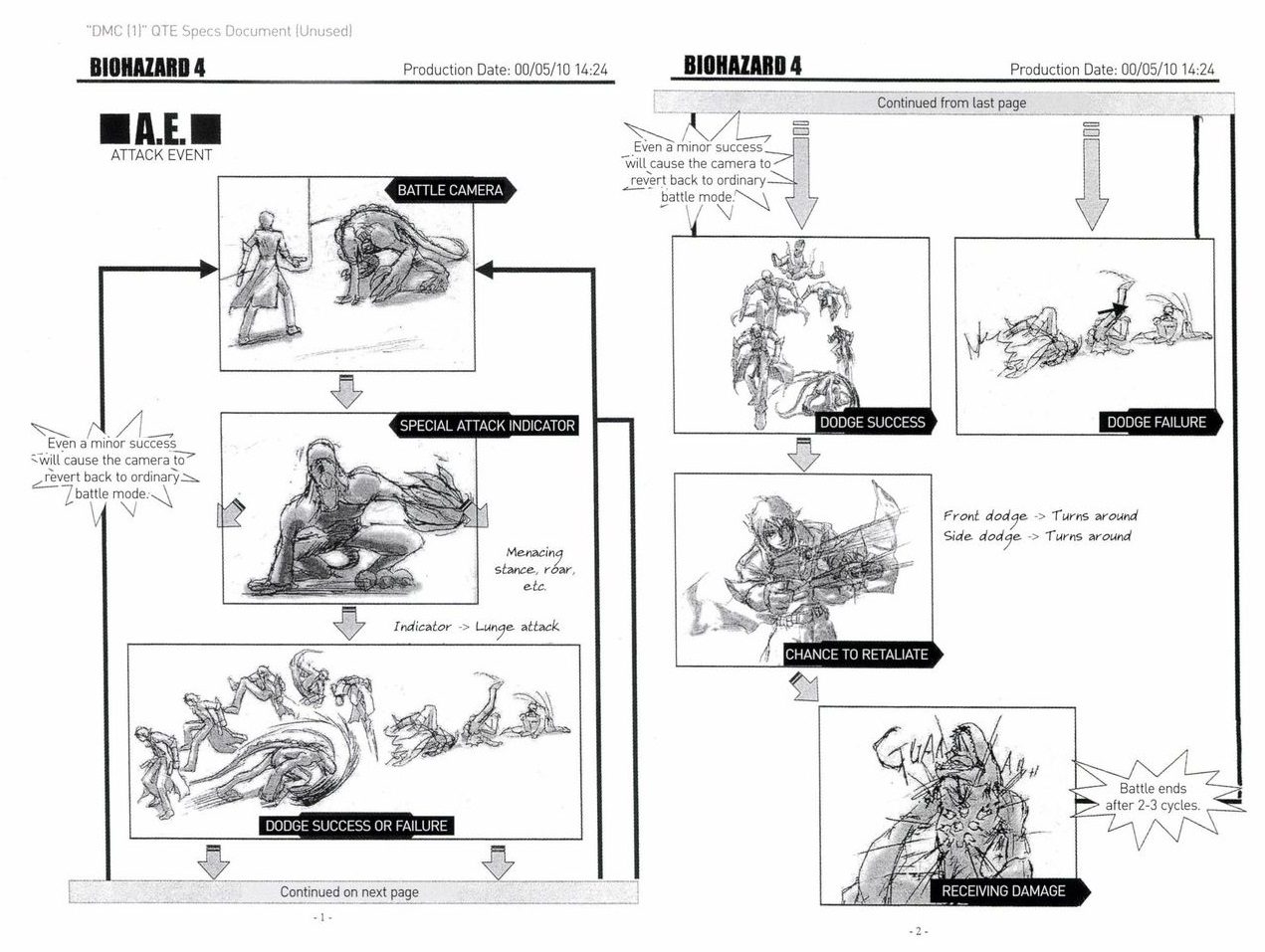