Nintendo Switch, PC, PlayStation 4
61 Trivia
Within the data for Chapter 2 is an unused attack for Spoiler:Spamton NEO in which the player is limited to shifting the SOUL between three horizontal planes while dodging oncoming oversized bullets. This attack functions identically to the Purple SOUL mechanic in Undertale, implying that at one point, Spoiler:the Spamton NEO fight was intended to be based around that rather than the Yellow SOUL mechanic.
Theory, Similarities, UnusedContent, RemovedFeature, UnusedCode, UnusedGraphic
Contributed by game4brains
Share - Permalink - Source 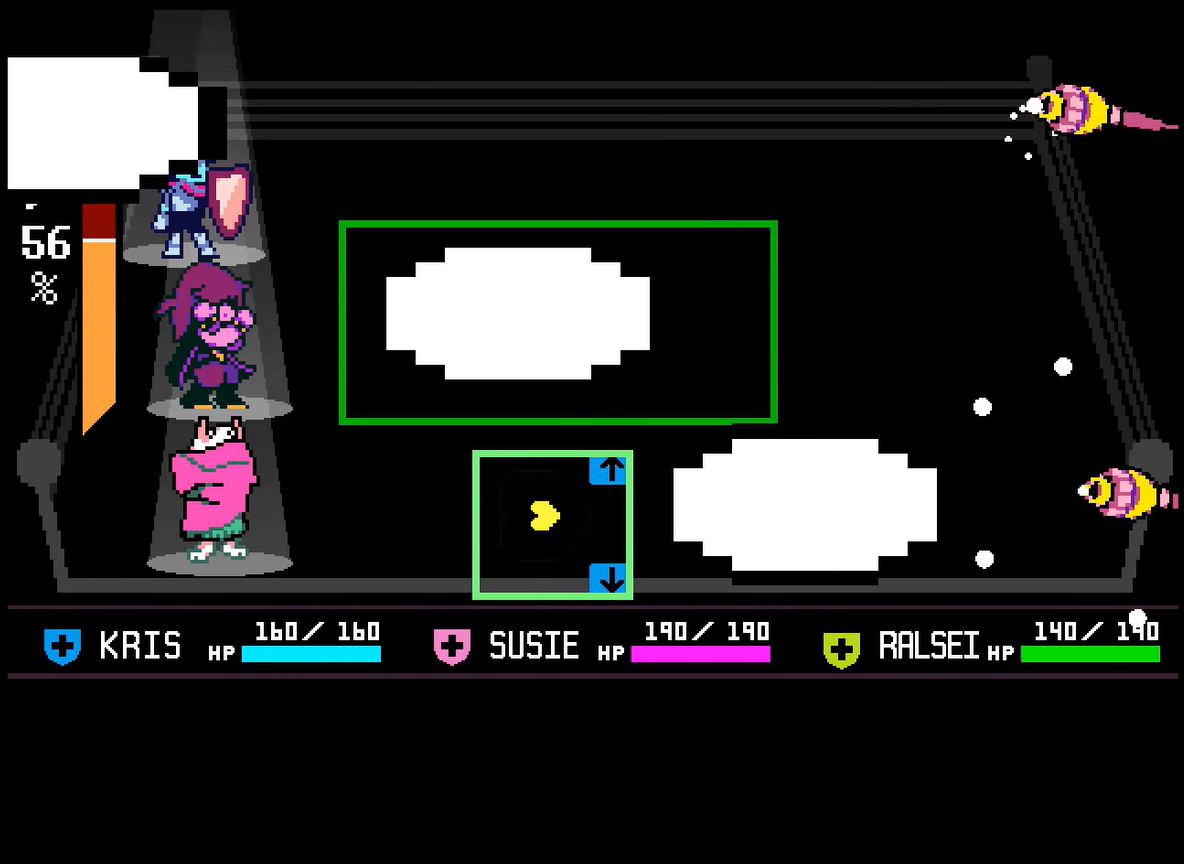