Nintendo Switch, PC, PlayStation 4
61 Trivia
Normally, Spoiler:the SnowGrave spell on the Weird Route is only meant to be used against Berdly, who is frozen in a giant block of ice. However, using it against a regular enemy causes them to dissolve into a red mist, similarly to how monsters die in Undertale. This can be seen legitimately by Spoiler:progressing through enough of the Weird Route for Noelle to learn SnowGrave, then sparing Berdly instead of freezing him. Backtracking through Cyber City allows the player to access the cheese maze, where, if they hadn't done so already, they can spawn Maus enemies that can be fought and killed with SnowGrave.

Additionally, this animation was also in the code for Chapter 1, but went unused there since all enemies in the Chapter simply flee from battle if defeated with violence.
EasterEgg, Secret
Contributed by game4brains
Share - Permalink - Source 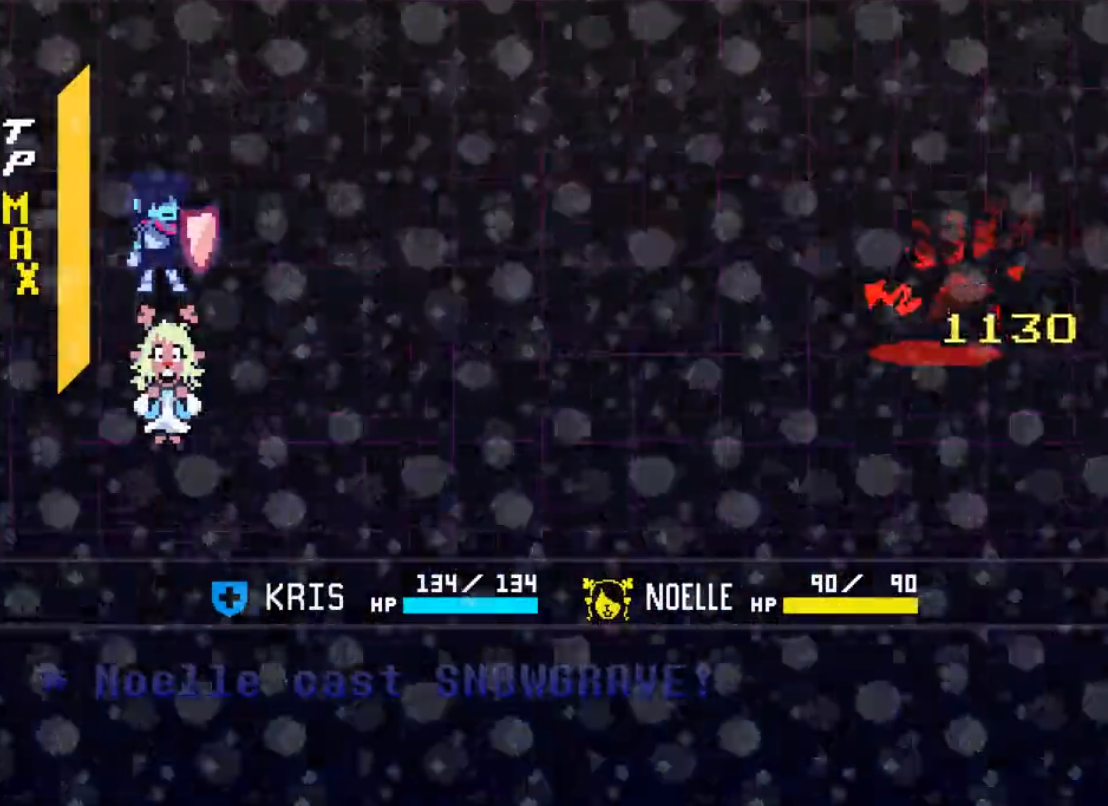