Nintendo Switch, PC, PlayStation 4
61 Trivia
During the epilogue of Chapter 2, the player can encounter the Deltarune counterparts of Undertale's guard dogs as prisoners in the police station's jail, describing themselves as a criminal group called the Wet-Nose Bandits before describing how they were attacked by an unknown individual in the shadows during an attempted burglary over the holidays. The name and backstory of the group reference the Wet Bandits, the main antagonists of the 1990 comedy film Home Alone.
EasterEgg, Reference
Contributed by game4brains
Share - Permalink - Source 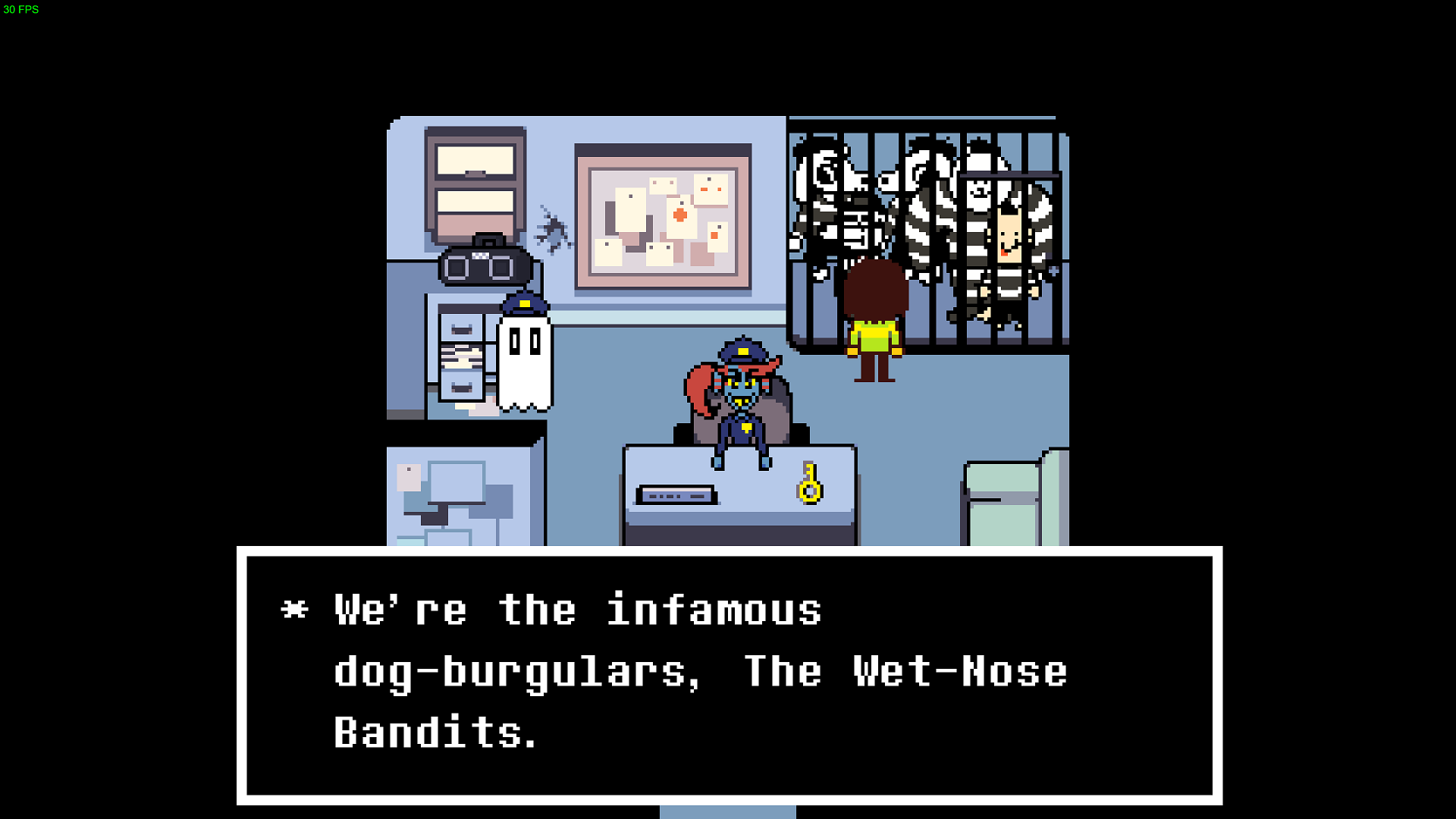