Nintendo Switch, PC, PlayStation 4
61 Trivia
During the Spoiler:Giga Queen fight at the end of Chapter 2, if the player manages to avoid taking any damage during rounds one and two, Spoiler:Giga Queen will become enveloped with a blue aura during round three, and her attacks will become more aggressive and harder to avoid. To compensate, however, her defense is reduced.
EasterEgg, Secret
Contributed by game4brains
Share - Permalink - Source 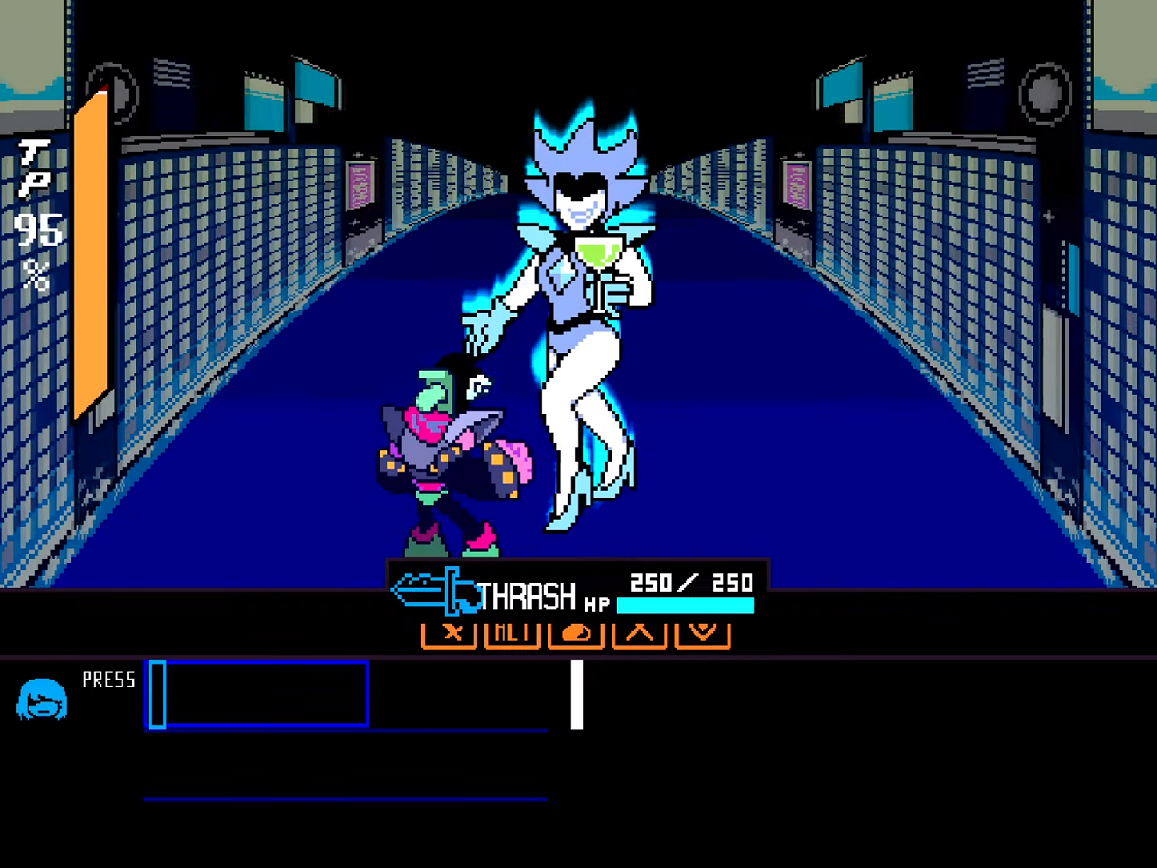