Nintendo Switch, PC, PlayStation 4
61 Trivia
In Chapter 2, if the player activates the Warp Door in Queen's mansion and uses it to revisit Cyber City, they will find one of the paths blocked off by an oversized toilet sprite. According to a tweet posted by Toby Fox during Chapter 2's development, the sprite was created at his request by the game's primary graphic designer Temmie Chang, only to end up absurdly large due to a miscommunication.

Furthermore, interacting with the toilet produces the message "(For some strange reason, a giant toilet-shaped toilet is blocking the way.)" This is a reference to the Iron Pencil statues in EarthBound, which produce the near-identical message "(For some weird reason, a pencil-shaped iron statue is blocking the path.)" when checked.
Development, EasterEgg, Reference, Secret, General, RealLife
Contributed by game4brains
Share - Permalink - Source 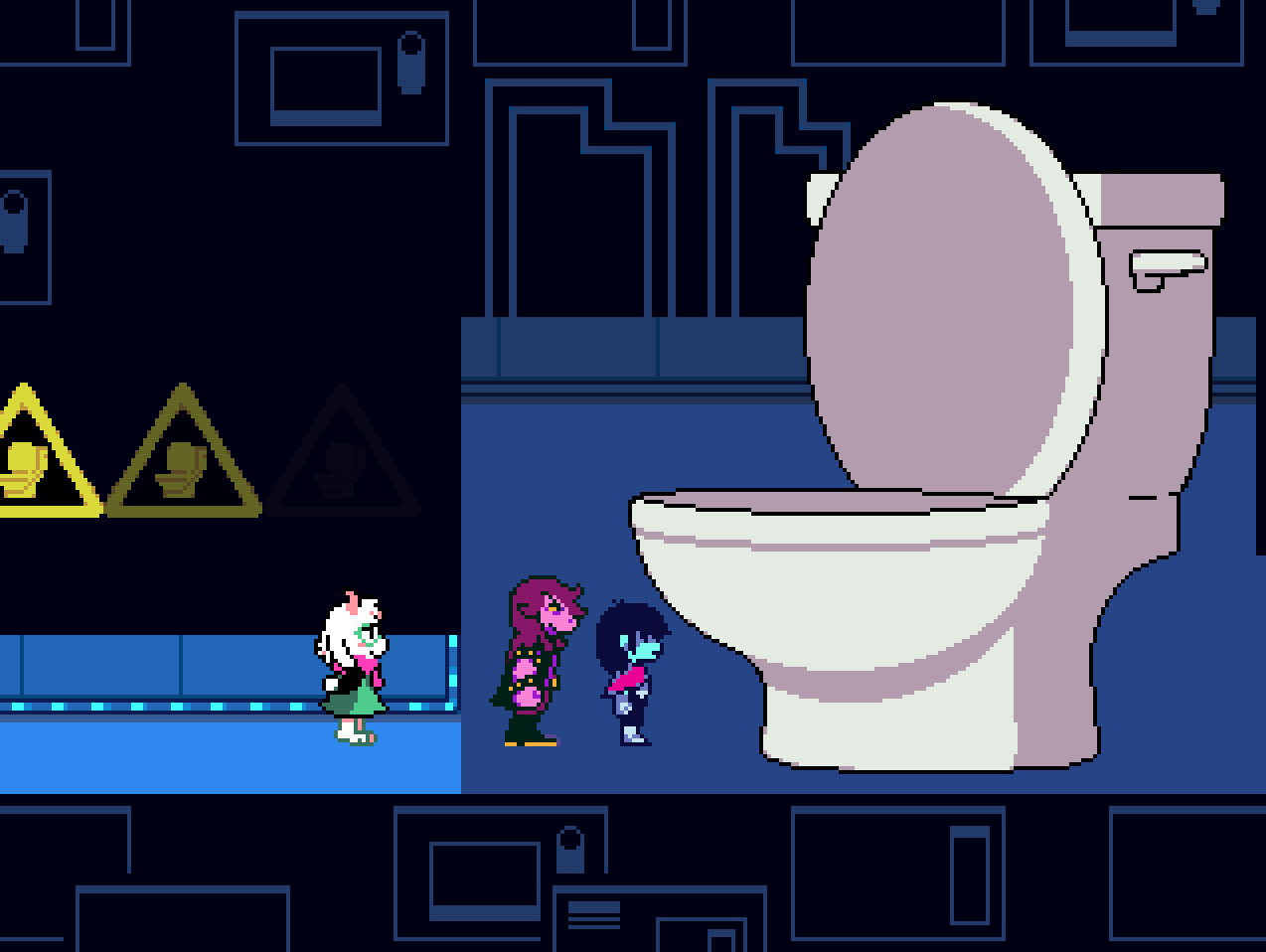