Nintendo Switch, PC, PlayStation 4
61 Trivia
While Ralsei's manual in Chapter 1 is not readable in normal gameplay, unused graphics exist for it in the game's data. This readable version of the manual appears to have been taken out at an earlier point in development, as some of the information included is markedly different from actual gameplay. For instance, the manual describes unique action keys for each character during fighting (the final game uses Z universally), lists an overworld menu button for talking to party members, and describes TP as conserved between battles and restored at save points like HP (the final game converts leftover TP to Dark Dollars after battles).
UnusedContent, RemovedFeature, UnusedGraphic
Contributed by game4brains
Share - Permalink - Source 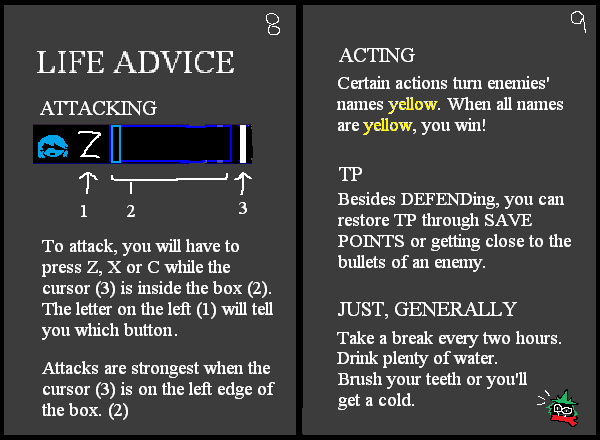