Nintendo Switch, PC, PlayStation 4, PlayStation 5, Xbox One, Xbox Series X/S
1 Trivia
During the level "A Hole in Space", if you collect all 18 Bumpa Berries while riding the grind rail, you will be rewarded with a visual effect of a group of low-poly Crash Bandicoot/Coco models screaming "Woah!"/"Yeah!" respectively, while also earning the achievement "WHOA YEAH!". This is a reference to a CG animation test animated and voice acted by Irish animator Chris O'Neill which became a meme in 2017. The in-game reference uses the same model of Crash featured in the original video, but O'Neill's voice is dubbed over. The Coco variant of the meme is a new model made for this game.
EasterEgg, Reference, General, RealLife
Contributed by MehDeletingLater
Share - Permalink - Source 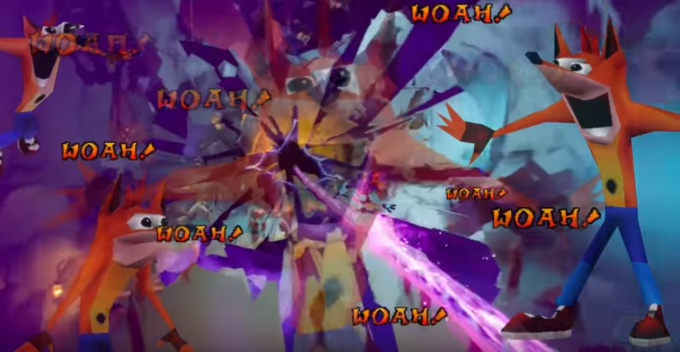