PlayStation
6 Trivia
In the opening title card to the game's penultimate level "Escape from WooL.A.", Bubsy appears dressed as Snake Plissken, the protagonist of the 1980's American action movies "Escape from New York" and "Escape from L.A.", the latter film of which the level is named after. Beyond that, inputting the password "XURASNAKER" on the Load/Save menu will allow you to play as Bubsy while wearing the costume in any level.
EasterEgg, Reference, Secret, General, BonusContent
Contributed by MehDeletingLater
Share - Permalink - Source 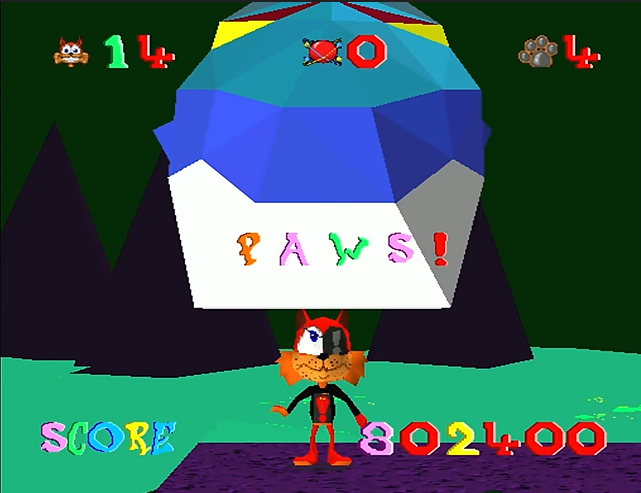