Arcade, PlayStation 2
29 Trivia
Athena was originally planned to wear her schoolgirl uniform from her original appearance in Psycho Soldier. However, out of concern that overseas audiences wouldn't understand the reference, Athena received a redesign, prominently displayed in her entrance animation which starts her in the original schoolgirl outfit before throwing it off to reveal the new outfit. Athena's entrance animation is also the only one in the game to use 16 sprites, and her Shining Crystal Super Move was programmed in by the developers before proper work on the character had actually begun with the game's planners.
Development, EarlyIdea, General
Contributed by DrakeVagabond
Share - Permalink - Source 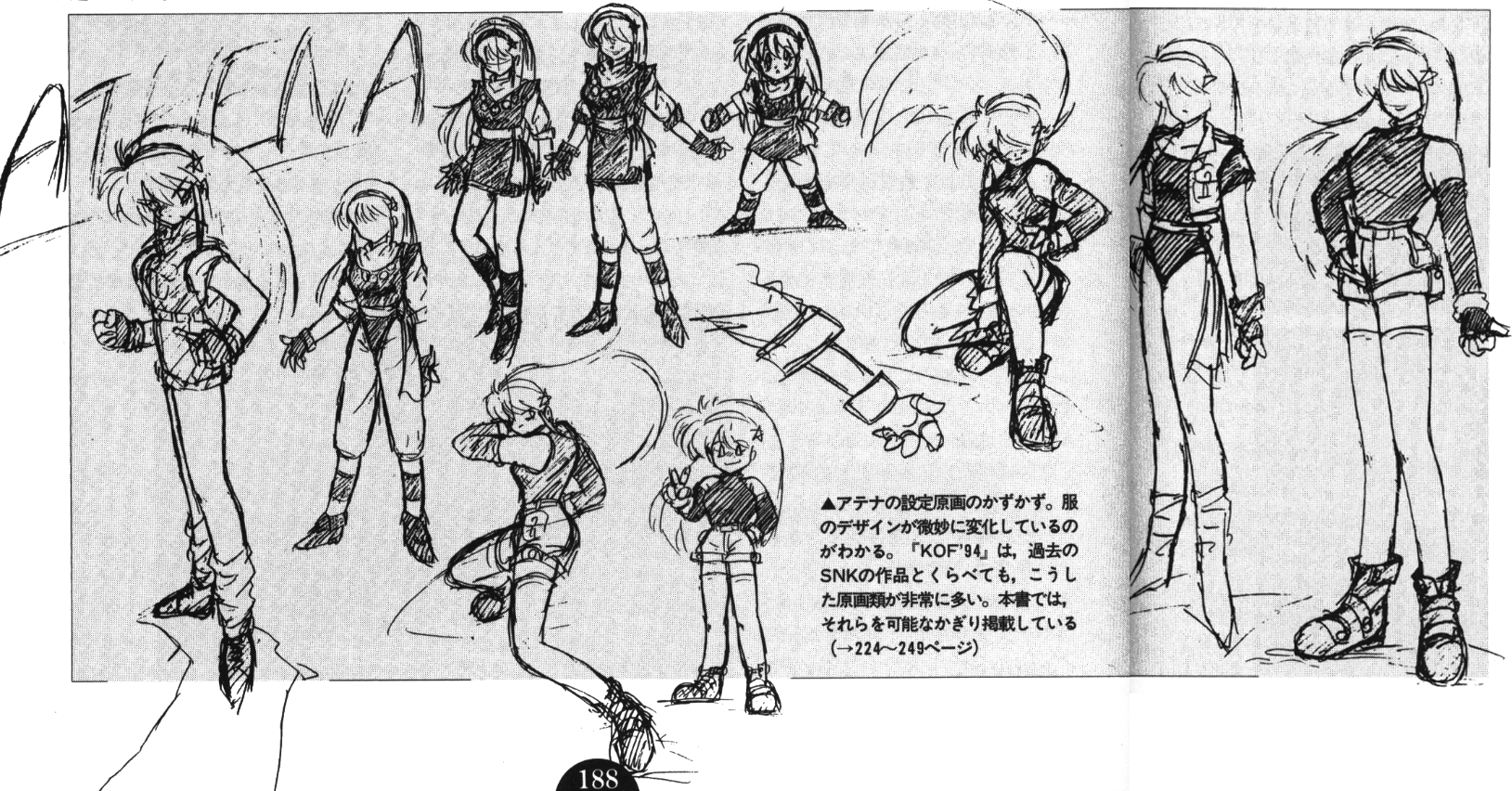