PlayStation 2
12 Trivia
An unused unique type of crate is hidden in two locations in the final version of the game, but are invisible and can only be activated with the use of a level editor. Known as the "Upgrader Crate", the concept would have been to instantly upgrade Ratchet's lowest level weapon currently owned by one level upon breaking it.

According to Insomniac Games Developer Mike Stout, the concept was scrapped on account of detracting from the fun of using the weapons to gather XP and grind the levels/evolution into said weapon's evolved form.

The crates can be made to appear in Holostar Studios and on board the Phoenix during the rescue mission at the games climax.
Development, EarlyIdea, UnusedContent, RemovedFeature, UnusedItems
Contributed by Regen-33
Share - Permalink - Source 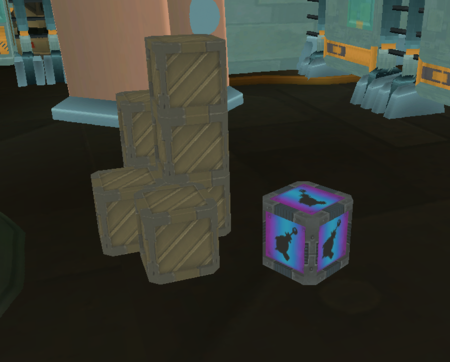