Game Boy Advance, GameCube, PlayStation 2, PlayStation Portable, Xbox
4 Trivia
Within the debug menu of T.H.U.G 2, there is an option to instantly grant the player a score of five million points.

When this debug function is activated, the text near the bottom of the screen in which the name of a trick performed during a combo would appear, instead the phrase, "You cheat like Kurt" fills in.

References to "Kurt" are a running inside joke within Neversoft, with numerous respective instances occurring in both Tony Hawk's Underground 1 as well as Underground 2 as Easter Eggs.
Development, EasterEgg, Cameo, HiddenMessage, Reference, General, Debug
Contributed by Regen-33
Share - Permalink - Source 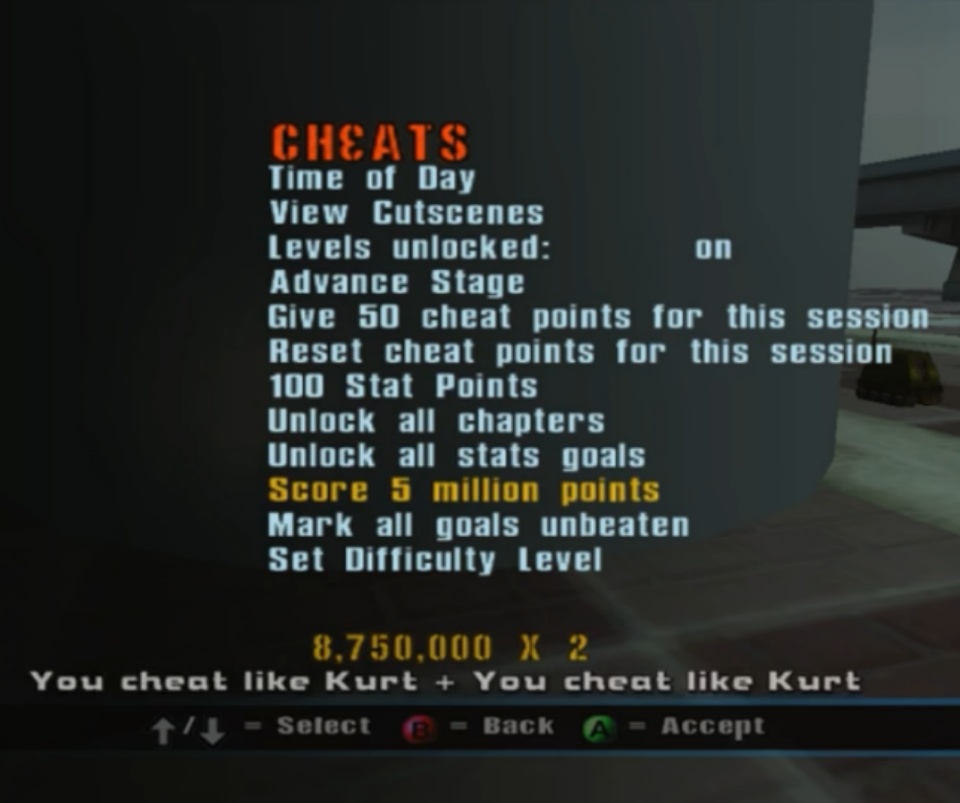