3DS, Android, iOS, MacOS, Nintendo Switch, PC, PlayStation 3, PlayStation 4, PlayStation Vita, Wii U, Xbox 360, Xbox One
67 Trivia
While the Evoker Illager is not engaged in combat and "/gamerule mobGriefing" is set to "true", it can change the color of the wool of any blue sheep within 16 blocks to red. It signals the spell by producing orange particles and making a "wololo" sound. This is a reference to the Priest special unit in Age of Empires who after making that sound can turn enemy units into friendly units, thereby changing that unit's color. Mojang's developers first noticed the similarities between the Priest and the Evoker in the latter's spell-casting animation when it holds up its arms, and because Age of Empires and Minecraft were both owned by Microsoft, they were able to use the same "wololo" audio clip from Age of Empires for the Evoker in Minecraft.
EasterEgg, Reference
Contributed by MehDeletingLater
Share - Permalink - Source 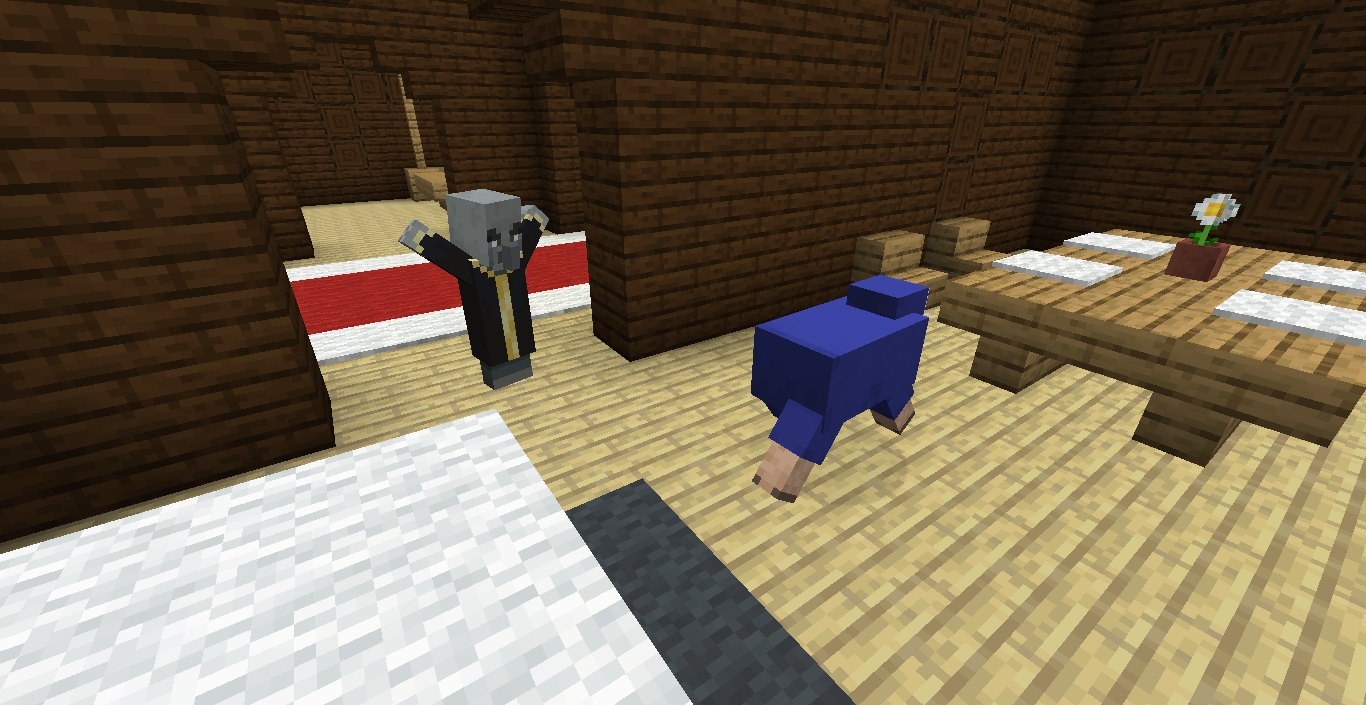