PlayStation 2, PlayStation 3, Wii, Xbox 360
2 Trivia
In the "Game Modifiers" menu, one of the cheat options is called "Awesomeness Detection". Its description states that it "Lets Harmonix know that you are awesome!", and Harmonix claimed that high-level players should play the game with this option turned on without actually revealing what it does, causing confused players to speculate on what it did. The Official Harmonix Podcast confessed in their 11th episode on February 26, 2010 that it did nothing.
EasterEgg, Theory, Rumor
Contributed by MehDeletingLater
Share - Permalink - Source 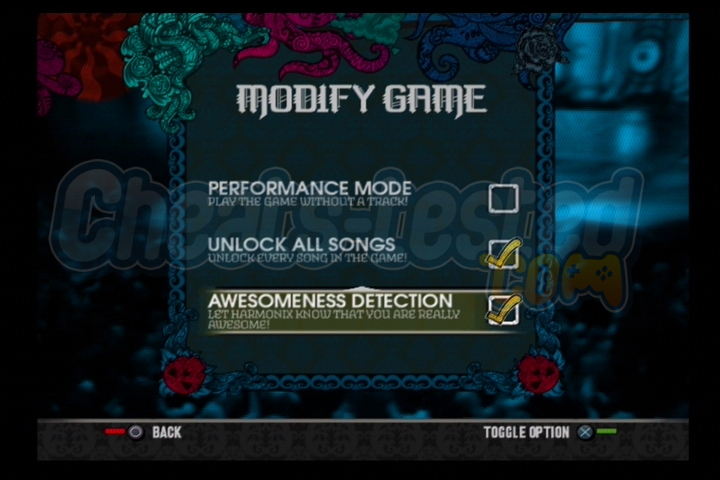