PlayStation 4
6 Trivia
Co-director Neil Druckmann snuck in several easter eggs which directly referenced The Secret of Monkey Island, including the likeness of its main protagonist Guybrush Threepwood. Naughty Dog later received permission from The Walt Disney Company to leave these references in the game.

In Chapter 11, a slightly burned portrait resembling Guybrush can be found that Nathan and Sam will comment on, not recognizing him among the other pirate founders of Libertalia they do know. This is hinted at further during the sigils puzzle in the same chapter, one of which is that of a monkey. A statue of the Guybrush figure can be found among statues of the founders during Chapter 12, with Nathan again conveniently forgetting his name. Spoiler:A more intact version of the painting can be found later in Chapter 15, but with the word "THIEF" painted overtop its subject as are the rest of the portraits found near it, and a barely legible plaque underneath revealing his name to be "Guy Wood". In Chapter 18 while in Thomas Tew's mansion, Nathan and Elena stumble upon a dinner table surrounded by the corpses of the founders. Guy Wood's corpse appears among the rest, with a monkey sigil found close to him on the table.

Two more references to The Secret of Monkey Island can be found in the game's dialogue, including one moment where Nathan comments "That is the second biggest cistern I've ever seen." This references a running gag from the series where Guybrush would commonly remark that something is the second biggest version of that thing that he's seen. The second piece of dialogue refers to Monkey Island itself with the line "Big, skull-shaped island? What?"
EasterEgg, Cameo, Reference, Secret, Theory, Suggested
Contributed by MehDeletingLater
Share - Permalink - Source 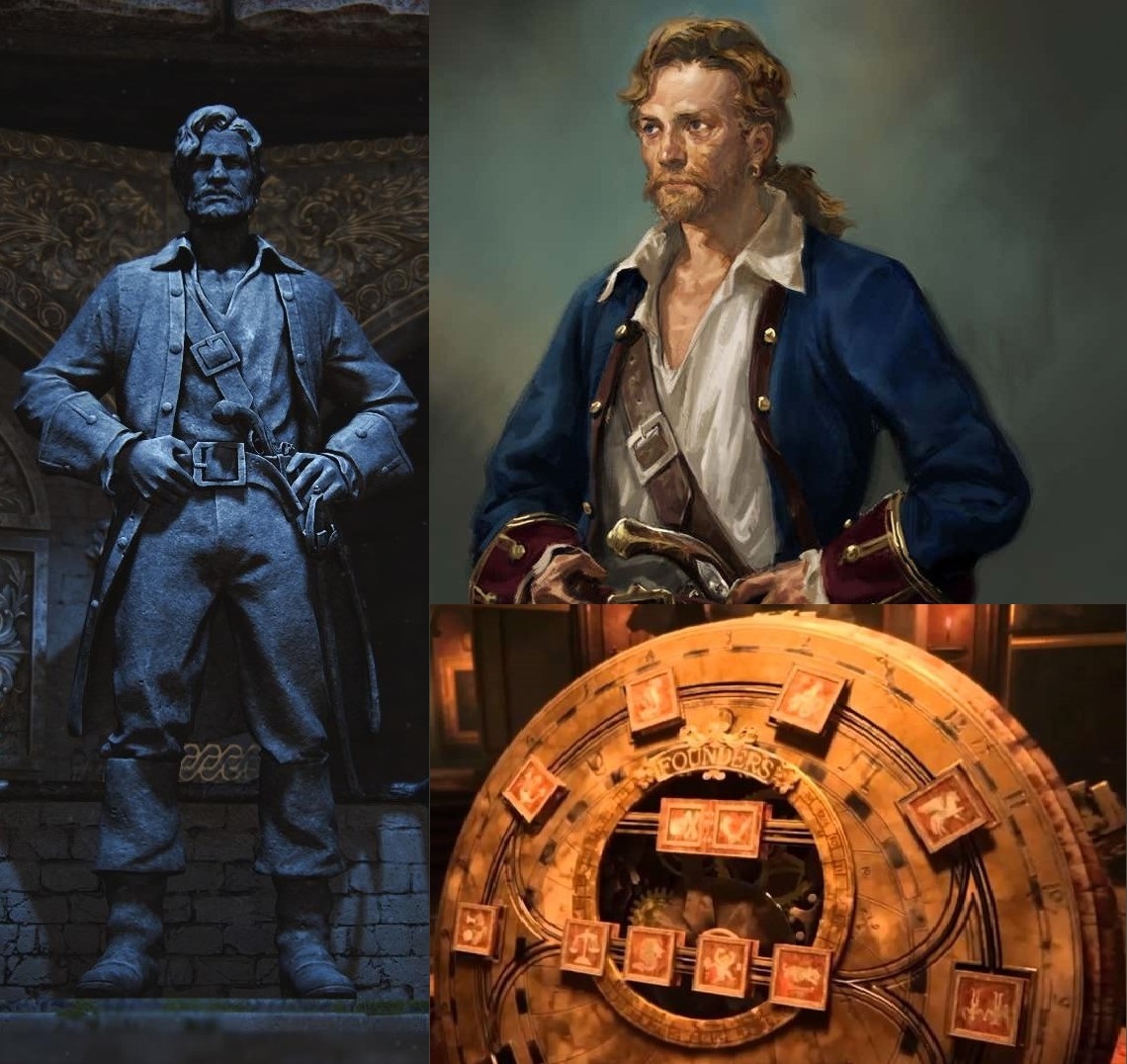