Android, iOS, PlayStation 4, Xbox One
16 Trivia
In June 2021, the game's developer NetherRealm issued an apology after it received backlash from the community over its special event in celebration of Pride Month in the mobile port of Injustice 2. The event's challenge was for players to defeat Poison Ivy, a character which identifies as bisexual, hundreds and thousands of times to unlock prizes, a task which was deemed to be tone-deaf by the community.

In their apology, they stated, "We recognize associating our latest Global Challenge with Pride was insensitive and inappropriate. Real life violence against the LGBTQIA+ community and women within that community in particular is all too common and we should actively engage in efforts to end LGBTQIA+ violence, not normalize it. We apologize to the greater community, but especially LGBTQIA+ members. We are committed to listening and doing better."
General, RealLife
Contributed by KnowledgeBase
Share - Permalink - Source 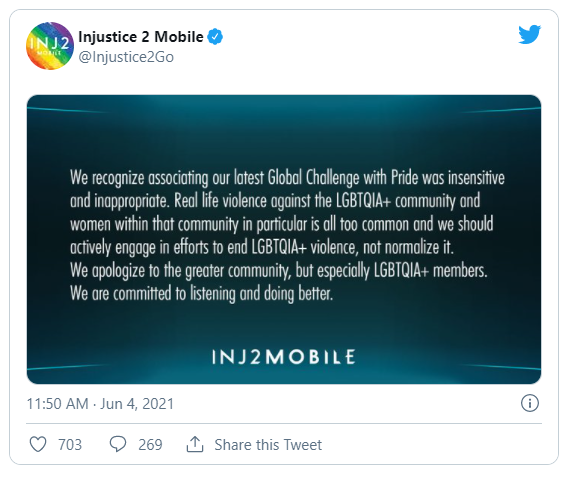