PC
4 Trivia
The Hindu goddess Kali's design was initially more revealing, however during the game's beta, her appearance was changed to have her more clothed, in addition to new voice lines and updated abilities.

It's thought that her redesign was due to receiving backlash from practicing Hindus, who also objected to her inclusion. However, it's also possible this was done due to working with Chinese publisher Tencent to make the game more family friendly.
Development, Censorship, Theory, Suggested, VersionDifference, UpdateDifference
Contributed by KnowledgeBase
Share - Permalink - Source 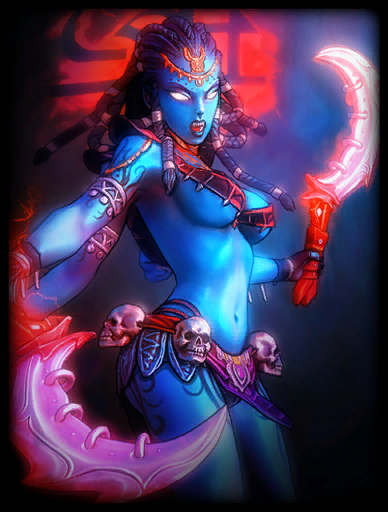