PC, PlayStation 4, PlayStation 5
4 Trivia
Found on one of the movie theater marquees is the message "Maddie, Will You Marry Me?" This was an Easter egg included in the game at the request of fan Tyler Schultz who tweeted out to Insomniac asking them for help with his marriage proposal to his then girlfriend of 5 years Madison Gamble ("Maddie" for short) by including the message somewhere in-game. However, by the time the game had released, Gamble had broken up with him with Schultz explaining what had happened. Insomniac had offered to patch out the message but Schultz requested to keep it in as a reminder for "the almost mistake that I made." adding that his girlfriend told him "that the video game message wasn’t the way she wanted to be proposed to, either."

Gamble would later say in a statement that she never even liked video games and only tolerated them because of Schultz. She claimed that she broke up with Schultz due to his behavior and gave him a month to change but to no avail.
EasterEgg, HiddenMessage, General, RealLife
Contributed by KnowledgeBase
Share - Permalink - Source 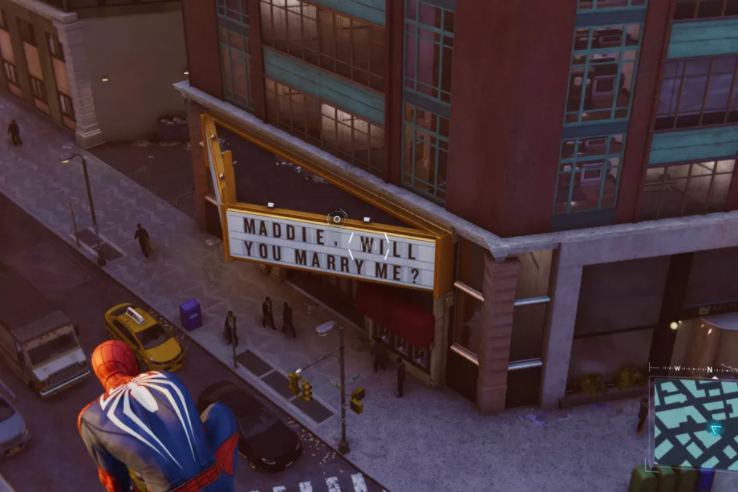