SNES
13 Trivia
According to a Game Shokunin Vol. 1 interview, with game's enemy programmer Yasuhiko Fujii, before the boss fight against Draygon, the player will encounter a group of Evir enemies that do a little “dance”. Their movements actually spell out the words “Keiko Love” in English. This idea came from a girlfriend he dated, name Keiko. Fuiji was busy with work, and couldn't make time for Keiko, so when everyone in the office was asleep at night, he snuck this Easter egg into the game. There were never little Evir dance written in the game's planning documents, so he remembered his heart racing fast as he coded it. However, the team's staff had no knowledge about it and never discovered Yasuhiko's code in the game.
Development, EasterEgg, HiddenMessage, Secret, General, RealLife
Contributed by ProtoSnake
Share - Permalink - Source 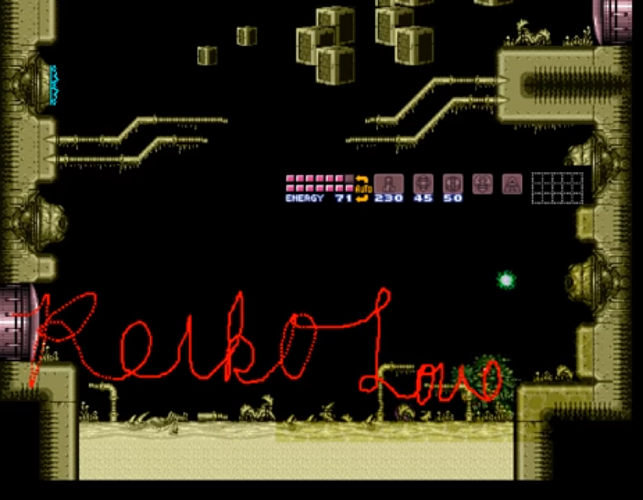