PC, Xbox 360
2 Trivia
Despite the game's cover artwork depicting Sherlock Holmes wearing his signature deerstalker cap and tweed Inverness cape, throughout the game he's actually never shown wearing it. In fact, when Holmes asks Watson to retrieve the cap for use in solving a puzzle, he describes it as "the one I never wear but everyone seems to think I wear day and night."

In the original Sherlock Holmes stories by Sir Arthur Conan Doyle, Holmes is never explicitly described in text as ever wearing a deerstalker. The first time Holmes had ever been depicted wearing one was in the illustrations for the short The Boscombe Valley Mystery drawn by Sidney Paget and published in The Strand Magazine in 1891, though written by Doyle.
General, Mistake, RealLife
Contributed by KnowledgeBase
Share - Permalink - Source 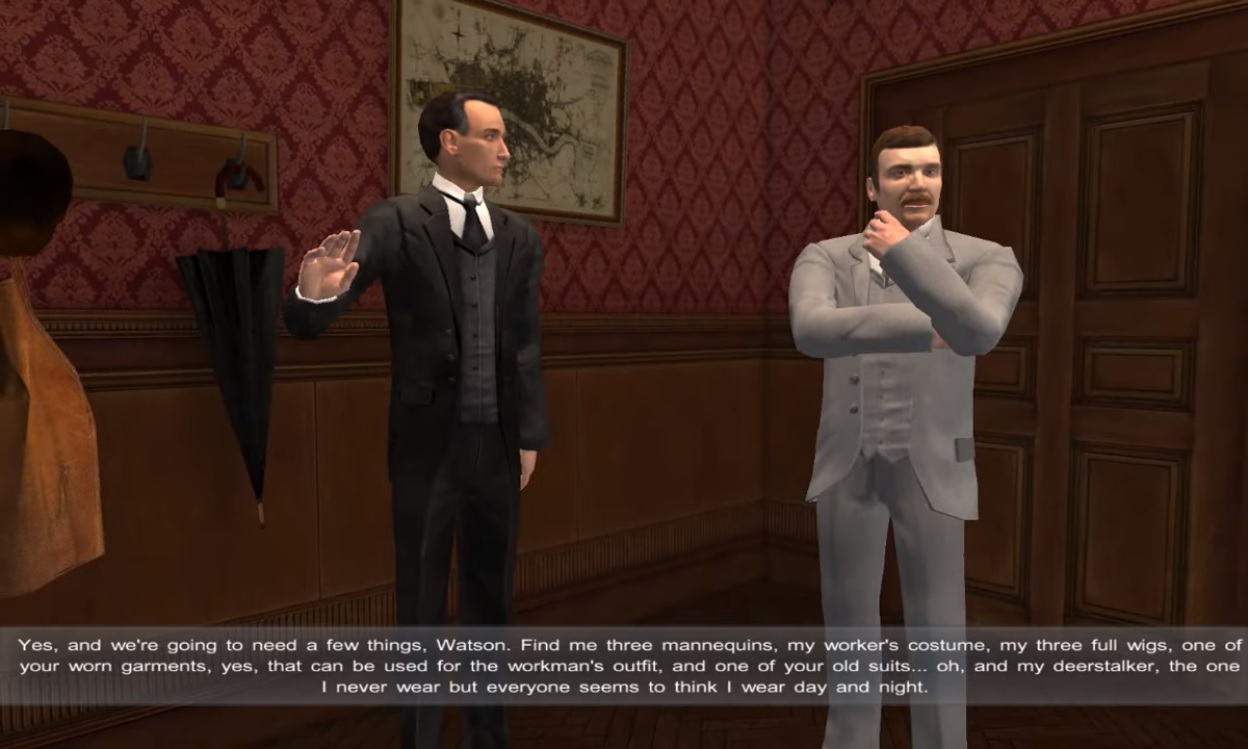