3DS, PlayStation Vita, Xbox 360
1 Trivia
The final boss of the game, the Patrickosaurus, is based on a character from a deleted scene in The SpongeBob Movie: Sponge out of Water, where SpongeBob and Plankton have gone too far back in time and encounter it along with the Squidosaurus (the latter of which was seen in the final film).
Development, Inspiration, EasterEgg, Reference
Contributed by CuriousUserX90
Share - Permalink - Source 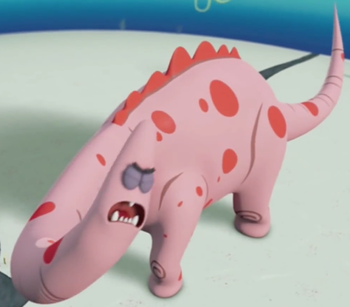