Game Boy Color
33 Trivia
According to Ken Sugimori, the Pokémon that appeared in the front page of the 1997 edition of MicroGroup Game Review showcasing Pokect Monsters 2 were not supposed to appear in the game at all. While some were never to be seen, Tyranitar ended up being used. This explains why Tyranitar wasn't in the leaked 1997 prototype ROM.
Development, EarlyIdea, General
Contributed by ChocoPain
Share - Permalink - Source 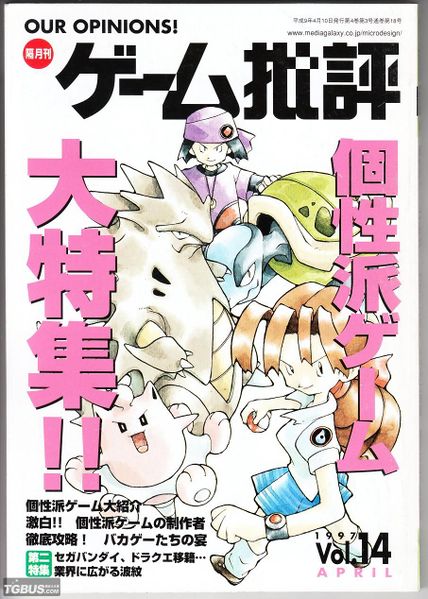